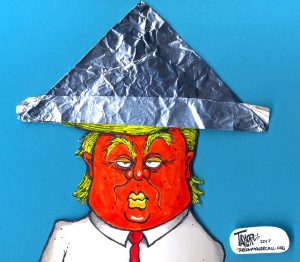 t was 1984 and General Vladimir Alexandrovich Kryuchkov had a problem. The general occupied one of the KGB’s most exalted posts. He was head of the First Chief Directorate, the prestigious KGB arm responsible for gathering foreign intelligence.

Kryuchkov had begun his career with five years at the Soviet mission in Budapest under Ambassador Yuri Andropov. In 1967 Andropov became KGB chairman. Kryuchkov went to Moscow, took up a number of sensitive posts, and established a reputation as a devoted and hardworking officer. By 1984, Kryuchkov’s directorate in Moscow was bigger than ever before—12,000 officers, up from about 3,000 in the 1960s. His headquarters at Yasenevo, on the wooded southern outskirts of the city, was expanding: Workmen were busy constructing a 22-story annex and a new 11-story building.

In politics, change was in the air. Soon a new man would arrive in the Kremlin, Mikhail Gorbachev. Gorbachev’s policy of detente with the West—a refreshing contrast to the global confrontation of previous general secretaries—meant the directorate’s work abroad was more important than ever.

“Trump melted at once. He is an emotional person, somewhat impulsive. He needs recognition. And, of course, when he gets it he likes it. My father’s visit worked on him [Trump] like honey to a bee.” – Dubinina Dubinin on her father, Russian ambassador Yuri Dubinin’s first meeting with Donald Trump.

Kryuchkov faced several challenges. First, a hawkish president, Ronald Reagan, was in power in Washington. The KGB regarded his two predecessors, Gerald Ford and Jimmy Carter, as weak. By contrast Reagan was seen as a potent adversary. The directorate was increasingly preoccupied with what it believed—wrongly—was an American plot to conduct a preemptive nuclear strike against the USSR.

It was around this time that Donald Trump appears to have attracted the attention of Soviet intelligence. How that happened, and where that relationship began, is an answer hidden somewhere in the KGB’s secret archives. Assuming, that is, that the documents still exist.

Trump’s first visit to Soviet Moscow in 1987 looks, with hindsight, to be part of a pattern. The dossier by the former British intelligence officer Christopher Steele asserts that the Kremlin had been cultivating Trump for “at least five years” before his stunning victory in the 2016 US presidential election. This would take us back to around 2011 or 2012.

In fact, the Soviet Union was interested in him too, three decades earlier. The top level of the Soviet diplomatic service arranged his 1987 Moscow visit. With assistance from the KGB. It took place while Kryuchkov was seeking to improve the KGB’s operational techniques in one particular and sensitive area. The spy chief wanted KGB staff abroad to recruit more Americans. …

(Luke Harding is a foreign correspondent at the Guardian. Excerpted from the book Collusion: Secret Meetings, Dirty Money, and How Russia Helped Donald Trump Win.)