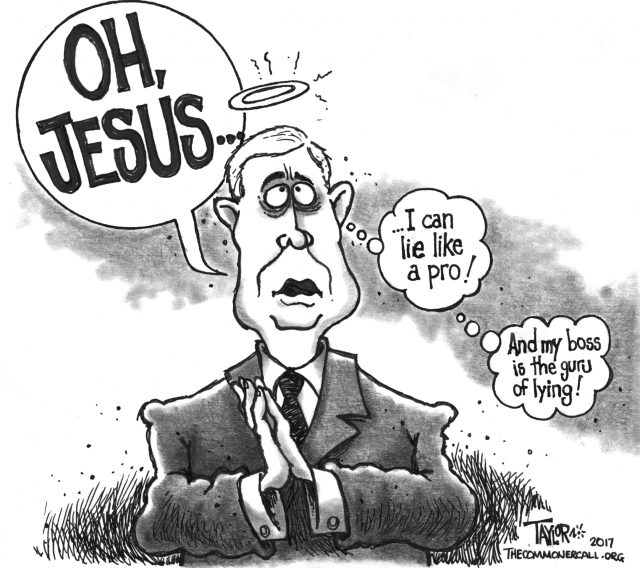 It’s time for another round of “Is Mike Pence actually as incompetent as he looks, or is he just a liar?”

The messages are mostly from WikiLeaks, which CIA Director Mike Pompeo, a Trump appointee, has described as a “non-state hostile intelligence service.” But Trump Jr. responded personally on several occasions.

On the same morning Pence claimed on Fox News that the Trump campaign wasn’t “in cahoots” with WikiLeaks — which was then orchestrating the release of Hillary Clinton’s hacked emails — Trump Jr. tweeted out a link reportedly provided to him by WikiLeaks.

“Nothing could be further from the truth,” Pence told “Fox & Friends” co-host Steve Doocy when asked on Oct. 14, 2016, about reports of coordination between the Trump campaign and WikiLeaks. “I think all of us have had concerns about WikiLeaks over the years and it’s just a reality of life today.”

Hours later, Trump Jr. encouraged his millions of Twitter followers to conduct a WikiLeaks search to discover “all the corruption and hypocrisy” purportedly revealed in the hacked emails of Clinton’s campaign chairman, John Podesta. …

Majority Report Contributor Michael Brooks is hosting the show for Sam Seder today. In this clip, we watch footage of Mike Pence on a Fox & Friends visit last week, where he stated that the Trump campaign had NO ties to Wikileaks. Welp…there goes another lie.