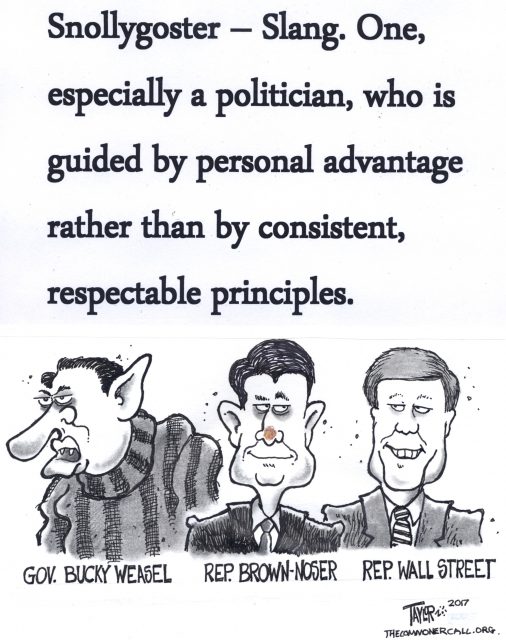 Earlier this month, Speaker Paul Ryan told what was, in theory, a joke. “Every morning I wake up in my office and I scroll through Twitter to see which tweets I will have to pretend I didn’t see later on,” he said at the Al Smith Charity Dinner, to appreciative chuckles.

Monday, however, was a reminder that Ryan wasn’t kidding. Appearing on WTAQ, a Wisconsin radio station, he was asked what he thought of the indictments Robert Mueller had issued. “I really don’t have anything to add other than nothing is going to derail what we’re doing in Congress,” he said, and he really didn’t. Come Monday night, there was nothing on Ryan’s web site addressing Mueller’s indictments. There was, however, a post summing up his busy month, which was cheekily titled “Not Another Tax Reform Post” and included photographs of Ryan signing bills, handing out medals, and meeting interns.

Congress wasn’t meant to ignore a rogue, lawless, or indisciplined White House — it was meant to overwhelm it, to contain it.

But it’s not just Ryan. Senate Majority Leader Mitch McConnell was yet more silent; unlike Ryan, he didn’t even make himself available enough to have to dodge any questions. The top story on his website on Monday night — I am not making this up — was “McConnell on IRS Targeting During Obama Administration.” There was no mention of Mueller whatsoever.

Imagine, for a moment, that the president in question was not Donald Trump but Hillary Clinton — that it was her campaign chair who had been indicted, that it was her foreign policy adviser who had revealed that he knew of Russia’s stolen email cache in advance. Does anyone believe Ryan and McConnell would be so reticent then?

Ryan and McConnell would have you believe they are mounting a courageous defense of Congress’s priorities in the face of Trump and the media’s distractions — indeed, Ryan framed his comments around precisely that excuse, promising that nothing would “derail what we’re doing in Congress.”

But these near-daily acts of cowardice and silence are an abdication of Congress’s role, not an affirmation of it. …

The first big takeaway from Monday morning’s flurry of charging and plea documents with respect to Paul Manafort Jr., Richard Gates III and George Papadopoulos is this: The president of the United States had as his campaign chairman a man who had allegedly served for years as an unregistered foreign agent for a puppet government of Vladimir Putin, a man who was allegedly laundering remarkable sums of money even while running the now-president’s campaign, a man who allegedly lied about all of this to the FBI and the Justice Department.

Any hope the White House may have had that the Mueller investigation might be fading away vanished Monday morning. Things are only going to get worse from here.

The second big takeaway is even starker: A member of President Trump’s campaign team admits that he was working with people he knew to be tied to the Russian government to “arrange a meeting between the Campaign and the Russian government officials” and to obtain “dirt” on Hillary Clinton in the form of thousands of hacked emails—and that he lied about these activities to the FBI. He briefed President Trump on at least some of them.

Before we dive any deeper into the Manafort-Gates indictment—charges to which both pled not guilty to Monday—or the Papadopoulos plea and stipulation, let’s pause a moment over these two remarkable claims, one of which still must be considered as allegation and the other of which can now be considered as admitted fact. President Trump, in short, had on his campaign at least one person, and allegedly two people, who actively worked with adversarial foreign governments in a fashion they sought to criminally conceal from investigators. One of them ran the campaign. The other, meanwhile, was interfacing with people he “understood to have substantial connections to Russian government officials” and with a person introduced to him as “a relative of Russian President Vladimir Putin with connections to senior Russian government officials.” All of this while President Trump was assuring the American people that he and his campaign had “nothing to do with Russia.” …