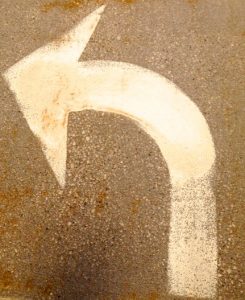 A new poll shows that most Democratic voters want the party to move left, with new people in charge. In other words, they want a political revolution.

They’ve got the right idea.

If the party establishment thinks Robert Mueller’s investigation will save it, it’s probably wrong. After President Richard Nixon and Vice President Spiro Agnew were both removed from office for malfeasance, Jimmy Carter barely eked out a win in 1976. Four years later, Ronald Reagan’s victory ushered in 12 years of Republican leadership in the White House.

That’s a lesson for today’s Democrats. High crimes and misdemeanors don’t automatically translate into enthusiasm for the other party, especially in today’s murky political environment. Corruption is more likely to lead to cynicism than to citizen involvement, unless voters are given something to believe in.

A Left Majority Led By Women and People of Color

Democratic voters apparently know what they believe in. In the latest Harvard-Harris poll, a sample of the party’s base voters was asked, “Do you support or oppose movements within the Democratic Party to take it even further to the left and oppose the current Democratic leaders?”

Fifty-two percent of those polled said they support those movements, while 48 percent said they oppose them. That’s a call to political insurrection. These voters want to change the party’s ideology. They “oppose” (that’s a strong word, “oppose”) the people who have been running it for decades.

It’s hard to argue that the leftward path leads to defeat when the party’s had so many losses under its current, more right-leaning ideology.

If the implications for the party’s upcoming races seem clear, the long-term implications are even more stark:  69 percent of voters aged 18-34 said they support those insurrectionary movements.

Among other things, the Harvard-Harris poll disproves the “Bernie Bros” canard so beloved by the party’s establishment. Democratic insiders have repeatedly insisted that the party’s left is dominated by white males. The implication is that the left is somehow sexist and/or racist.

It shouldn’t be surprising that Democratic women and people of color are more left-leaning than their white, male counterparts. They’re more likely to suffer the economic consequences of racism and sexism ― forms of oppression that are structural as well as social in nature. Some of those signs of structural oppression include:

African Americans are the only racial group in the country who are still worse off economically today than they were in 2000. Black people in this country are more likely to lack health insurance, and the black-white wage gap is worse today than it was in 1979.

Women working full-time in the United States last year earned only about 80 cents for every dollar a man made, according to the latest Census Bureau data. (The marginal decrease in the gender wage gap was due at least in part to falling wages among men.)

Black women working full-time earned only 63 cents for every dollar earned by a white male, Native women earned only 57 cents and Latinas earned only 54 cents. Households led by women were much more likely to be impoverished than male-led households.

While some Democratic leaders, along with their media backers, have tried to argue that the left’s agenda is antithetical to “identity politics,” that dichotomy would have been rejected by pioneers like Dr. Martin Luther King, Jr. and Margaret Sanger, both of whom were leftists.

As for younger voters, they’ve grown up under the most economically unequal conditions in more than one hundred years. Social mobility is down. Millions are burdened with staggering student debt. The entry-level job market has been poor since at least 2008, and their generation has been plagued with under-employment that’s likely to cripple their lifetime earning potential. …

After a train wreck, investigators scrutinize the causes. A rigorous inquiry — not content to merely point fingers at external forces — takes an unflinching look at what occurred. Bringing to light the preventable problems is central to making significant improvements for the future. With such an approach, we can and must learn from electoral tragedy by evaluating the policies, actions and priorities of the Democratic Party.

What Do Dems Stand For?

In the wake of the November 2016 election, the Democratic National Committee chose not to do a public “autopsy.” Overall, the party’s national leadership has shown scant interest in addressing many of the key factors that led to electoral disaster. Instead, the main emphasis has been on matters that the Democratic Party and its presidential nominee had little or no control over — an approach that largely obscures the party’s role in its own defeat.

Rather than addressing topics beyond the control of the Democratic Party (whether FBI Director Comey, Russia, misogyny of some voters, etc.), this Autopsy focuses on some key factors that have been significantly under the party’s control. While in no way attempting or claiming to be comprehensive, this report focuses on some of our party’s most crucial flaws, fissures and opportunities.

AUDIO: Democrats United Against Trump, In Conflict About Everything Else

(Editor’s Note: Randy Brice, who is running against Rep. Paul Ryan is mentioned in this analysis. – Mark L. Taylor)

Divided Democrats. GOP splits have made headlines, but Democrats have a lot to work out themselves.

There’s been a lot of talk lately about a civil war in the Republican Party, who’s GOP it is now, a Trump takeover, all that.  But the fact is, Democrats are both fired up and in the midst of their own struggle.  To define what the Democratic Party stands for, who it stands with, in what voice it will speak.  Is it the Bernie Sanders voice?  Is it the mainstream centrist voice of the Clinton years?  Is it something new?  There’s a lot of fire.  What comes out of it?  This hour, On Point:  the Democratic Party’s battles within.

(Commoner Call photo and cartoons by Mark L. Taylor, 2017. Open source and free to use with link to www.thecommonercall.org)