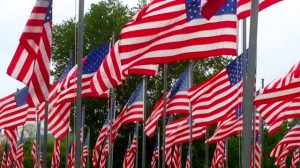 Cindy Sheehan, who became an anti-war activist after her son, Casey Sheehan, was killed in 2004 while fighting in the Iraq War, told The Daily Beast that the former president offered no comfort to her grief.

“Where is the movement to oppose U.S. wars, instead of liberal handwringing over botched messages of condolence?”

“I think that in 2017 presidents having to comfort grieving families who had loved ones killed in war is barbaric, because war is barbaric,” Sheehan said. “Trump has proven himself to be a loose cannon who doesn’t seem to have very many social graces. But Bush was no better. I wish the conversation was about the barbarism of war and, in this instance, why are there special ops forces in Niger? Where is the movement to oppose U.S. wars, instead of liberal handwringing over botched messages of condolence?”

Sheehan said she had no words of comfort for Myeshia Johnson, but could only offer a hug “because I know words are not adequate.”

“First of all, we never received a ‘call,’” Sheehan said. “We got a letter from Bush, which we later found out was signed by a signature machine. What can a president say, ‘Sorry your loved one was killed so the U.S. could make sure that we had complete control over all of (fill in the blank name of country)’s natural resources and so that Boeing, Halliburton, and Raytheon could have massive profits?’ Better that the barbarism of wars for profit ends.”

She said her son was not told exactly what he was signing up for in the military, although she couldn’t know what the late Sgt. La David Johnson believed. …