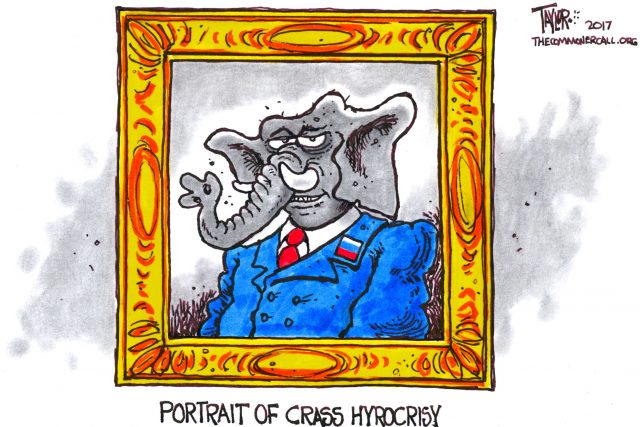 Health and Human Services (HHS) Secretary Tom Price once remarked that “tough choices” must be made to reduce “waste” in government spending. Apparently, in Price’s mind, frequent and lavish private flights don’t qualify as wasteful spending, but programs that provide life-saving healthcare to millions of Americans do.

According to a Politico report Tuesday, Price “last week took private jets on five separate flights for official business, at a cost of tens of thousands of dollars more than commercial travel.” Based on sample flight rates, the cost for Price to fly commercial would have been somewhere between $400 and $725—as opposed to $25,000 to charter a jet for a short trip from Washington, D.C. to Philadelphia and back.

Price’s aversion to commercial flights constitutes a “sharp departure” from the travel habits of the HHS secretary’s predecessors, who would only fly private on rare occasions—for instance, “to get to remote areas in Alaska,” Politico‘s Dan Diamond and Rachana Pradhan observe.

“HHS won’t pay for Obamacare enrollment but they have plenty of cash for Secretary Price’s private jet lifestyle.”
—Adam Smith, Every Voice

Politico goes on to detail Price’s travel schedule, noting that it fits with a pattern of Trump officials taking advantage of taxpayer dollars to charter private planes.

“The secretary’s five flights, which were scheduled between Sept. 13 and Sept. 15, took him to a resort in Maine where he participated in a Q&A discussion with a health care industry CEO, and to community health centers in New Hampshire and Pennsylvania, according to internal HHS documents.

“The travel by corporate-style jet comes at a time when other members of the Trump administration are under fire for travel expenditures, and breaks with the practices of Obama-era Secretaries Sylvia Mathews Burwell and Kathleen Sebelius, who flew commercially while in the continental United States.”

Price, however, declined to respond to Politico‘s reporting Tuesday, relying on an HHS spokesperson to declare that the secretary’s “mission [is] to enhance and protect the health and well-being of the American people.”

As the GOP gears up for one more “brutal and deadly” ACA repeal attempt, many commentators scoffed at the notion that Price cares about the health of the public.

“HHS won’t pay for Obamacare enrollment but they have plenty of cash for Secretary Price’s private jet lifestyle,” noted Adam Smith, communications director for the advocacy group Every Voice, on Twitter.

Walter Shaub, former head of the Office of Government Ethics (OGE), denounced Price’s “wasteful conduct,” in an interview with Politico, and said it “reflects disdain for the ethical principle of treating public service as a public trust.”

Many others also took aim at Price’s affinity for corporate jets, particularly as he enthusiastically supports inflicting deep cuts to Medicaid, a program that insures over 70 million Americans.