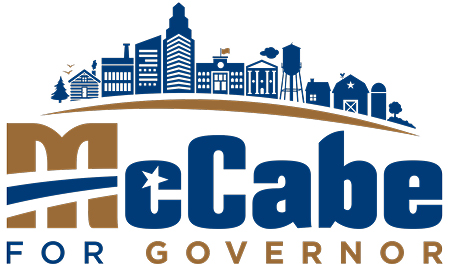 “Now is not the time for same old, same old. I’m running to shake up and transform the political system and get our government working for all of us and not just the wealthy and well-connected.” – Mike McCabe

From the Clark County farm where he grew up, veteran government watchdog and democracy reform advocate Mike McCabe  announced Tuesday he is running for governor to shake up and transform Wisconsin’s corrupted political system.

“Wisconsin is up to its eyeballs in problems. Same goes for our country as a whole. The problems grow out of political and economic inequality. Our society has been made more and more elitist, both politically and economically. It has been divided into royals and commoners,” McCabe said. “I am running for one reason and one reason only – to get our government working as well for the commoners as it does for the royals.”

He went on to say: “Wisconsin has lost its way and is becoming a shadow of its former self. Our state once was an industrial powerhouse, but now is leading the nation in shrinkage of the middle class and is dead last in new business start-ups. Roads and bridges are deteriorating badly, with some towns tearing up pavement and going back to gravel because they can’t afford to fill the potholes. Too many can’t drink what comes out of the water faucets in their own homes. Schools are slipping toward mediocrity. Education beyond high school is unaffordable, burying so many young people under a mountain of debt. The root cause of all of this is a poisoned political culture that celebrates greed, a political system that caters to a privileged few and ignores the rest of us.”

McCabe added: “Our government is repeatedly being put to work for the wealthy and well-connected at everyone else’s expense. The political system is broken and needs to be overhauled. The political establishment has to be forced to change its ways. To get Wisconsin back on the right track, we need a very different kind of leadership and a new politics.”

McCabe’s Principle Over Party campaign will barnstorm the state with a message about getting government working for all of us and not just a few, living wages for every worker, health care for all, debt-free education and job training, and high-speed Internet to every doorstep. Other areas of emphasis will include renewable energy development, better road upkeep, returning decision-making authority to local communities, and restoring protections of Wisconsin’s natural resources.

For 15 years, McCabe led the Wisconsin Democracy Campaign, a nonpartisan watchdog group that tracks the money in elections, exposes corruption and works to make people matter more than money in politics. (wisdc.org/wdcaccomplishments.php)  He went on to start up the grassroots group Blue Jean Nation, which works to empower regular people to challenge the political establishment.

McCabe does not belong to any political party but is entering the Democratic primary. The campaign’s website is “Now is not the time for same old, same old,” McCabe said in an interview. “I’m running to shake up and transform the political system and get our government working for all of us and not just the wealthy and well-connected.”

McCabe does not belong to any political party but is entering the Democratic primary. The campaign’s website is GovernorBlueJeans.com.

A Home For The Politically Homeless: Mike McCabe’s Book Is A Blueprint For The Makeover Our Politics Need

You can now read it for free!

At a time full of pessimism, Mike McCabe wrote an unapologetically optimistic book, Blue Jeans in High Places: The Coming Makeover of American Politics. The book predicts we are on the verge of extensive renovation of the political landscape. It describes when it has happened before and spells out how and where it will happen next, and who will do the renovating.

Mike didn’t write Blue Jeans in High Places as an academic exercise. He is no academic. He wrote it as a blueprint, and blueprints are worthless unless they are used to build something. Blue Jean Nation is that something.

Supplies of the book’s third printing are now exhausted. However, Blue Jeans in High Places is still available as an e-book on Amazon or you can read it online as a PDF file. 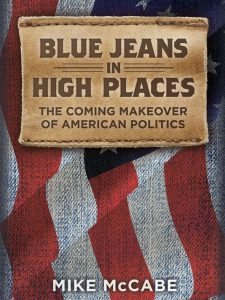 (Authorized and paid for by Mark L. Taylor, Genoa, WI., and not a campaign committee.)