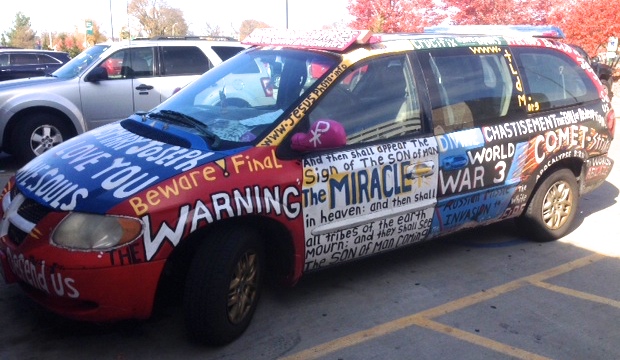 ccording to an investigation by Foreign Policy into changes in the intelligence community under President Donald Trump, the CIA has set aside plans to diversify and has become more white and more Christian under new director Mike Pompeo.

Noting the Pompeo, a former Republican congressman from Kansas,  is a self-professed evangelical, the report states that the new director once claimed, Islamist terrorists will “continue to press against us until we make sure that we pray and stand and fight and make sure that we know that Jesus Christ is our savior is truly the only solution for our world.”

Insiders — many of whom are afraid to come forward — say Pompeo’s religious beliefs are becoming part of CIA dogma to the dismay of longtime employees.

We see supervisors wanting to hold Bible studies during duty hours [and] inviting lower-ranking individuals to their homes for Bible studies.

“According to four sources familiar with the matter, Pompeo, who attends weekly Bible studies held in government buildings, referenced God and Christianity repeatedly in his first all-hands speech and in a recent trip report while traveling overseas,” the report states, adding that since taking over, Pompeo has also set about establishing a chaplaincy on the CIA campus.

A spokesperson for the CIA defended the move, saying, “Director Pompeo is a man of faith. The idea that he should not practice his faith because he is Director of CIA is absurd.”

According to Michael Weinstein, founder of the Military Religious Freedom Foundation, he is being flooded with complaints about the creeping evangelical Christianity that is beginning to pervade the intelligence agency.

Weinstein notes that insiders are afraid to speak up, stating, “They don’t typically file formal complaints within the government. But certain things are making them especially uncomfortable, such as officials signing off with the phrase ‘have a blessed day.’ That’s something “straight out of The Handmaid’s Tale.” …