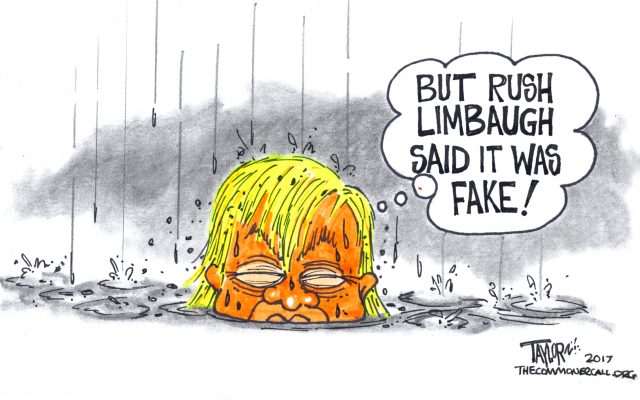 From Miami and waiting for Hurricane Irma.

Speaking of Irma – which I believe to be real in spite of international meteorological expert Rush Limbaugh’s assurances to the otherwise – is just one of a whole freight train of record breaking storms heading Trump’s way.

I take no pleasure in this but Trump’s property on St. Martin may have taken quite a hit. And Mar-A-Lago, his resort in West Palm Beach, is currently on target for the eye of Irma.

More not so good news for Trump, a lot of Trump associates are scheduled to testify this fall. Donnie Jr. is scheduled for a closed session with the Senate Judiciary committee tomorrow (Thursday), and there’s a loooong list to follow.

Meanwhile, we’re promised all kinds of documents we’ll be able to read to learn more about Trump-Russia.

1) Putin had a plan – and Reuters got a copy. This follows the,

3) Meanwhile John Le Carre assures us again (also from last edition) the Russians have Kompromat (compromising material) on Trump – and he thinks there’s a good chance there is a scandalous ‘pee-pee tape’. He also says it wouldn’t matter – I believe these remarks are between 10 and 15 minutes of the interview.

Novelist John Le Carré Reflects On His Own ‘Legacy’ Of Spying

You say you want a second opinion?

“He suspects Russia had deliberately spread false information to confuse investigators and public officials, but Sipher said he did not doubt Steele’s claim that the Kremlin had a recording of Trump paying prostitutes to urinate on a bed at a Moscow hotel.

“The most explosive charge in the Steele document was the claim that Trump hired prostitutes to defile a bed slept in by former President Obama,” Sipher wrote. “The important factor to consider is that Trump did not engage with the prostitutes himself, but instead allegedly sought to denigrate Obama.”

We are a loooong way from “I HAVE NOTHING TO DO WITH RUSSIA”.

$100,000 Of Fake Ads Were Bought By Russian Trolls On Facebook During Election

Fake accounts probably operated from Russia bought thousands of divisive advertisements on Facebook during the 2016 US election, the social media giant has said.

The revelation could offer the latest evidence of wide-ranging Russian efforts to interfere with the election, a destabilisation campaign that American intelligence agencies believe proceeded under the direct orders of President Vladimir Putin. Facebook did not mention Mr Putin in a blog post explaining the ad purchases but noted that it was examining “serious claims” tying Russian disruption to Facebook.

According to the post, signed by Facebook chief security officer Alex Stamos, the adverts were more focused on sowing disunity than on promoting a particular candidate. They sought to augment “divisive social and political messages across the ideological spectrum” on topics that included guns, immigration and race, Mr Stamos wrote.

That alleged effort to widen social fissures echoes the conclusion of American intelligence agencies, who said in a declassified report on Russian election interference that while Russia sought to specifically undercut Democratic nominee Hillary Clinton the country also aimed more broadly to “undermine public faith in the US democratic process”.

Facebook has shut down the roughly 470 “inauthentic” counts, which together spent about $100,000 to generate roughly 3,000 adverts, Mr Stamos said.