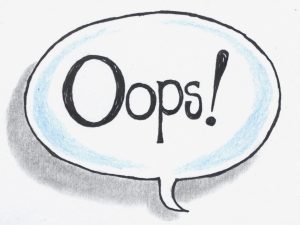 Inattention to framing can hobble, dilute and vaporize the best of political efforts. You can even wind up promoting your opponent’s arguments.

Before I begin, take a moment – and a deep breath – to check your emotional reaction to the following word: cockroaches

First off, let me say Cornel West is one of my heroes. The man is one of the sharpest intellects to be found and speaks truth to power with unique moral clarity and courage. Unlike many partisans, West challenges republicans and democrats alike in the name and cause of minorities, the exploited and the victims of our economic system. He was even willing to suffer the disdain of Barack Obama and his liberal handmaidens, when he criticized the president for swapping the needs of the poor over corporate interests. But everyone can slip up and make a verbal gaffe and West did so during a recent interview on Democracy Now!.

In recounting the recent brutal attacks by Nazi white supremacists against counter protesters in Charlottesville, West credited the young Antifa and anarchist groups with saving himself and other clergy and students who were attacked by the Nazis as local police forces placidly stood aside.

West noted: “We would have been crushed like cockroaches if it were not for the anarchists and the anti-fascists who approached.”

Check your initial emotional response to that statement.

During the 1930’s German Nazis frequently referred to Jews as “cockroaches” and spittle spouting American Nazis I saw videos of in Charlottesville frequently used the term “vermin”. All fascist and authoritarian movements weaponize language by using emotionally charged words and labels to maginalize and “otherize” minorities; to demonize a supposed internal enemy as less than human against which to campaign and, eventually, murder.

So I know all this. I also hate the Nazis and the ugly, bullying white supremacist movement; I understand the tarry lies that underlie both movements. I know the history of fascism and understand the manipulation of language and yet when I heard West make that statement and saw it in print the initial gut level response that kicked in before my intellectual assessment engaged was:

And in that initial reaction my more reasoned – and accurate – intellectual assessment (based upon knowledge, reason, experience, political awareness and even personal belief) to Charlottesville was blunted – despite myself. The word “cockroaches” has an emotional kick. That emotional tag then sticks to West himself and the courageous antifa which then blunts, diverts, dilutes or at the very least confuses West’s intended and correct message.
Even now, whenever I come across the quote I have a twinge of that initial reaction. In other words, my emotional reaction to the word “cockroaches” overrides my more reasoned, accurate intellectual, logical response to the message. This is a real life, example of how the brain processes information; we operate from an emotional base, not an intellectual one, even when the emotions – as in my example – takes me from the truth.
Learning to frame political messages
Readers who follow The Commoner Call have seen a number of articles and commentaries on the work of neurolinguist George Lakoff and Wisconsin’s own Scott Wittkopf, which focuses on the role of emotional framing to setting and defining political speech. In 1994, when then Speaker of the House Rep. Newt Gingrich came to power he took the House republican caucus on several days of retreat where the focus was on how to use the language to control political discourse and set conservative frames – kind of an emotional shorthand of association – in the minds of voters. That is when the perfectly reasonable idea of an inheritance tax was transformed into an onerous, unfair death tax. Notice the different emotional reactions and frames between “inheritance” and “death”.
When the Affordable Care Act was coming into being Sarah Palin used a similar ploy using the term “death panels”. Never mind that there were no death panels and private health insurance companies condemn people to death every day, the term stuck, hobbling the public discourse about the ACA. Americans are now told by republicans they have the “freedom” to not have health insurance, and live a more limited, uncertain life
When rules are passed to assure the quality of the water filling your child’s glass the quality of that water is assured by government protections. Conservatives reframe them as “regulations”. They both refer to the same thing but have dramatically different emotional associations. Discussion of cuts to Social Security are marketed as necessary “reforms”.
Inattention to framing can hobble, dilute and vaporize the best of political efforts. You can even wind up promoting your opponent’s arguments as when democrats talk about opposing “Right to Work” laws (“What, who can be opposed to the right to work? Damn liberals!”), or warn of republican efforts to “reform” Social Security (“Hey, reforming stuff is good!”).
Democrats have been stubbornly and persistently opposed to learning how to use language and in the process have, over and over again, ceded the debate to the Republicans. That is something that needs to stop. 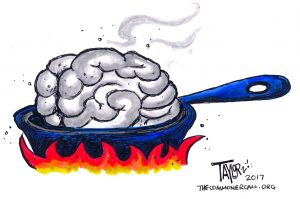 If you would like to learn more, check out the “Your Brain On Politics” section of The Commoner Call website.

You can link to Cornel West’s full comments, HERE.