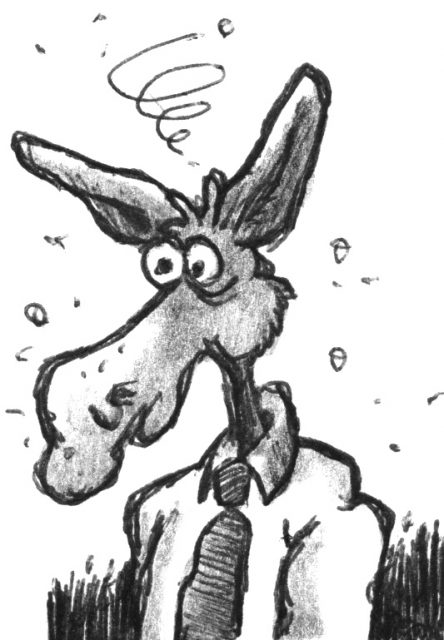 The Democratic Party can lead the country in a new direction, but will it?

Millions of Americans who are politically engaged for the first time in their lives are crying out for a bold alternative to bigoted and destructive policies.

But Democrats can’t just be anti-Trump or move to the middle.

To be successful Democrats must address the forces that created Trump: The toxic combination of widening inequality and racism.

The richest one percent now own more than the bottom 90 percent. Corporations and the rich are running our politics.

The resulting economic stresses have made many people vulnerable to Trump’s politics of hate and bigotry.

If Democrats stand for one thing, it must be overcoming this unprecedented economic imbalance and creating a multi-racial, multi-ethnic coalition of the bottom 90 percent, to take back our economy and politics.

This requires, at the least:

Together, these steps form an agenda to reclaim our economy and democracy for all. Will Democrats lead the way?

It looked just like a campaign launch, from the line winding around the Fellowship Chapel Church, to the tailgaters giving away hot dogs, to the 2,000 voters who eventually packed inside.

But when Sen. Bernie Sanders (I-Vt) and Rep. John Conyers Jr. (D-Mich.) arrived, there were no waving signs. They were there to kick off the push for universal health care, with legislation queued up for September, and no expectation that the Republican-controlled Congress would pass it.

“Every major country in the world, they’ve already got it,” said Conyers.

“More and more people agree with us,” said Sanders.

“Among the people who consider themselves progressive, who vote in the primaries, there’s clearly movement toward Medicare for All.” – Bernie Sanders

As Washington prepares for a month of spending deadlines, and as Republicans and business groups try to shift the conversation to tax reform, Sanders is trying to drive a discussion about single-payer health care — a debate that he admits would last for years before any legislative action.

The campaign will put the Senate’s only democratic socialist in a unique position. Republicans have already begun attacking Democrats over “government-run health care,” daring them to endorse Sanders’s plan. On the left, activists inspired by Sanders’s 2016 presidential bid intend to browbeat Democrats who don’t back Sanders’s and Conyers’s legislation.

In an interview after his three-state Midwestern tour, Sanders said he was formulating an “inside/outside strategy,” attracting as much support as possible from his colleagues while expecting most of them to recoil. It would be up to activists to make single-payer politically possible for the holdouts.

In the meantime, as the chair of the Senate Democrats’ political outreach, he would continue to support colleagues in tough races, even if they rejected his bill.

“Is this a litmus test? No, you have to look at where candidates are on many issues,” said Sanders. “But you’re seeing more and more movement toward ‘Medicare for All.’ When the people are saying we need health care for everyone, as more and more Americans come on board, it will become politically possible.”

Republicans, looking hungrily at a 2018 Senate map where 10 incumbent Democrats will compete in states won by Trump, were hoping for a litmus test. But in just two states, West Virginia and North Dakota, are incumbents being challenged by progressives in primaries. Neither challenger is being backed by Sanders. …