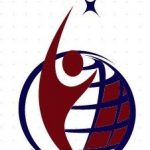 There were quite a few comments on social media about yesterday’s blog (pointing out that progressives and Democrats have a largely unconscious “salient exemplar” bias that gets in the way of connecting with the average Trump voter) from progressives who adamantly disagreed with me.  I found it interesting that in disagreeing with me, they provided a stark example of their own bias (salient exemplar) – to the point of using metaphors to de-humanize all people who voted for Trump. Here are some examples (names omitted). Consider how these quotes reflect a bias which apply the extreme behavior from some people in a group of voters to everyone – hardly the reality. Also consider how these quotes reinforce the conservative frame idea of “liberal elite”:

“…they are unrepentent (sic), racist haters. And they are lazy, low information voters, wilfully so – the worst kind.”

“Trump voters are like mushrooms. They prefer to be fed shit and kept in the dark.”

“Not if they’re bigoted deplorables. They don’t get any of my time”

On a personal note, I know people who voted for Trump, and yes, some of them voted for Obama in 2012. They felt betrayed by Democrats, they are people who work in the private business sector, and also felt betrayed by their own government. Sound familiar? These people are not racist, do not agree with everything Trump says, yet believed that our system needed a “shake up.” He gave them a vision for a brighter future. And they aren’t the only ones.

If we are to be successful both electorally and morally – to see a nation that is a better reflection of our core values of caring for others (empathy), it is necessary to connect with the “average” Trump voter.

There were a couple of people who doubted my statement about Obama 2012 voters who switched to Trump in 2016. A recent report put out by the AFL-CIO (using research by Dana Milbanks as a basis) claimed that the Obama-Trump voter was overstated. That report has since been debunked by Nate Cohn of the New York Times.

“…estimates of the raw number of such Obama-Trump voters range from about 6.7 million to 9.2 million…Given the extremely close margins in some states, particularly the Rust Belt trio of Michigan, Pennsylvania, and Wisconsin, these voters played a crucial role in handing over the White House to the GOP.”

If we are to be successful both electorally and morally – to see a nation that is a better reflection of our core values of caring for others (empathy), it is necessary to connect with the “average” Trump voter. Many of them are our neighbors, family members, maybe even friends. So how do we start?

First – and most important – get out of your social media bubble. The insulated world you create for yourself keeps you in a bubble where all you hear are the same biases repeated over and over again. Which makes them stronger! Get out into the real world and have conversations withe real people about your community. After all, politics are local.

Second – don’t lead with “politics” and issues. Start with a discussion about what you and they do to help people in the community, and what you believe makes for a prosperous community. Ask questions like, “what do you do to help people that you enjoy (or makes you feel good, or makes you proud)?” Or, “what’s your vision for a prosperous future for everyone in our community?” Then really listen to what they say, and try to find common ground through caring for others in your community, and their future – not just your own.

Third – As local progressive groups, find ways to engage and show all people your values based on empathy – that you care about the community and the people who live there. Hold social events and gatherings to clean a park, or a beach, and have food (maybe a potluck!). Nothing brings people together like food – then use the first and second suggestions above to start having conversations about life in your community, and the empathy you all share.

This will work. I’ve done it, and I know others who have as well. Why? Because if you are thinking about other people’s well-being, you cannot be only focused on your own self-interest. Your brain won’t let you. And more importantly, you’ll be showing them what you believe – that caring for others is a moral responsibility we all share, and that makes for a prosperous family, community, state, and nation.

(Campaign consultant Scott Wittkopf’s Frame for the Future website is a resource for effective messaging. He has recently begun his Daily Dose column to look at current political issues from a values perspective. The columns are behind a membership pay wall, though Scott is generously making one column a week available to Commoner Call readers You can learn more about his work at www.frame4future.com .)