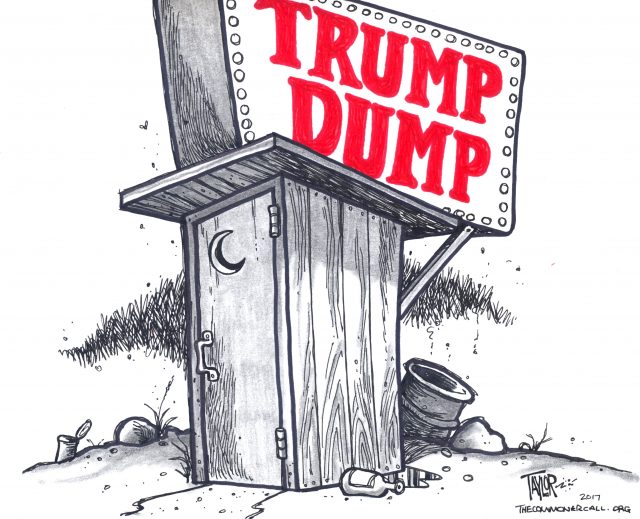 The financial strains on the Secret Service under the Trump administration are now well-known.

And you can add luxury portable restrooms to their mounting bills.

The agency spent thousands of dollars to rent the restrooms during the president’s August “working vacation” at his golf club in Bedminster, N.J., according to a review of purchase orders flagged by the progressive PAC American Bridge and verified by USA TODAY.

The agency also spent $13,500 of your money on golf cart rentals for yet another Trump vacation.

The agency signed a contract with Imperial Restrooms to provide trailers on Aug. 3. That contract was updated a week later, bringing the total spent on the restrooms to $7,100 from Aug. 3 to Aug. 21.

“Leave it to Donald Trump to find a way to spend thousands of taxpayer dollars on a port-a-potty, ” American Bridge spokesperson Brad Bainum said. “This man is literally flushing our money down the toilet.” …

On Your Mark, Get Set… It Takes White House Three Days To Admit Its ‘rapid response’ Director Quit

After three days, the Trump administration admitted this week that Andy Hemming, the White House director of rapid response, has quit.

Politico Playbook reported on Thursday that the former RNC research staffer had left his rapid response post Monday on terms that were “mutually agreed upon.” …