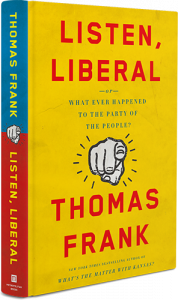 At the end of July, the leadership of the Democratic party bestirred themselves from their comfortable Washington haunts and paid a visit to a small town in Virginia, where they assumed a populist guise and announced before the cameras of the world that they were regular folks just like you.

The occasion for this performance was the launch of a Democratic party manifesto that bears the uninspiring name, A Better Deal. Its purpose, Senate minority leader Chuck Schumer wrote in the New York Times, was to “show the country that we’re the party on the side of working people.”

Famous for being one of Wall Street’s greatest friends in Washington, Schumer makes for an unlikely populist. Still, reacquainting Democrats with their working-class roots is a worthy goal, and a politically necessary one these days.

Working people have been deserting the Democratic party for decades, making possible numerous Republican triumphs. Furthermore, it shouldn’t be hard to figure out how to appeal to them in the fourth decade of the great race to the bottom. 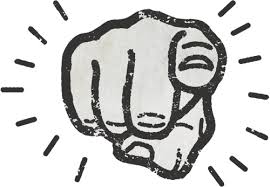 There’s also something about a Better Deal that gives me a sharp jolt of optimism for our Democratic party. It is this: the Democrats have committed themselves to a war on monopoly.

Adopting some of Bernie Sanders’s proposals would be eminently suitable for such an endeavor: universal healthcare, free college, going after the big banks, to name a few.

Making it easier to form unions is another idea that would pay off hugely for Democrats down the line, as workers discover the power of solidarity and begin to identify once again with the other constituencies of the left. Truth be told, there are dozens if not hundreds of Reagan/Clinton/Bush policies that Democrats could promise to reverse that would open the door to working people.

Faced with this cornucopia of good choices, however, our modern Democrats managed to pluck out a lump of coal. Schumer prefaced the rollout of A Better Deal by saying: “In the past, we were too cautious; we were too namby-pamby. This is sharp and bold.”

Reader, it isn’t. Modern-day Democrats are constitutionally incapable of sharp and bold; Nancy Pelosi’s op-ed announcing the Better Deal in the Washington Post, for example, is swimming in the same sort of ambiguous futurific formulas that Americans are wary of but that Democrats seem to love.

“It is time,” she writes, “to ignite a new era of investment in America’s workers, empowering all Americans with the skills they need to compete in the modern economy.”

Empowering Americans with skills for modernity? If the Democrats mean, workers will be paid more, why not just say it? Even the noncontroversial promise (noncontroversial among liberals, I mean) to raise the minimum wage to $15 an hour is clouded on the Better Deal homepage with enough wishy-wash to make one doubt the sincerity of the party’s Solons.

Besides, one can’t help but remember …