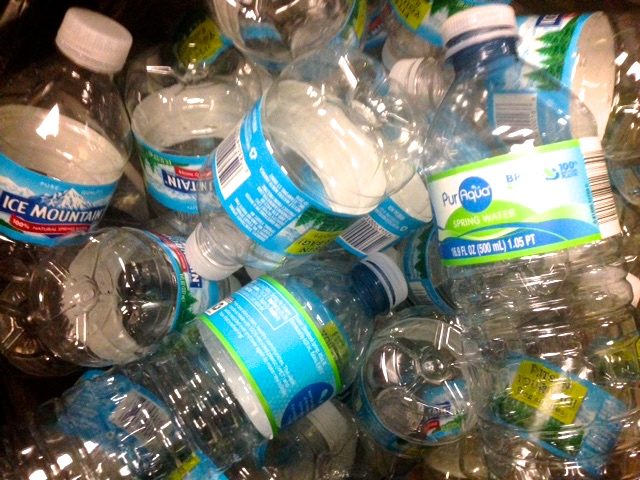 The Trump administration has ended a six-year-old ban on selling bottled water at some national parks that was aimed at easing plastic pollution and the huge amount of waste being recycled.

In a statement that closely tracked the arguments of a campaign by the International Bottled Water Association (IBWA) in opposition to the ban, the National Park Service said the 2011 action under the Obama administration “removed the healthiest beverage choice at a variety of parks while still allowing sales of bottled sweetened drinks.”

The move follows a review of the policy “in close consultation with Department of Interior leadership,” according to the statement Wednesday. The department declined to elaborate.

A recent study showed that of the more than 9 billion tons of plastic produced since 1950, the vast majority is still around. Yet only 2 billion tons are actually still being used, according to the study.

The decision came three weeks after the Senate confirmation of David Bernhardt as deputy interior secretary. Bernhardt is a former lobbyist with the law firm Brownstein Hyatt Farber Schreck, which has represented one of the largest water bottlers in the United States, Nestlé Waters. Nestlé distributes the Deer Park brand.

Some Democratic senators called Bernhardt a “walking conflict of interest” during his confirmation hearing, because of his work on behalf of corporate interests opposed to Interior Department regulations to promote clean air and water.

Nestle Waters disputed any claim that Bernhardt might have acted on its behalf. “Claims… that Nestle Waters North America unduly influenced the National Parks Service to rescind its ban on bottled water are categorically false,” the company said in a statement. “No one in the General Counsel’s office at Nestle… has ever met or spoken to Mr. Bernhardt, and frankly was not familiar with him until these irresponsible claims were made.”

In 2011, the National Park Service put in place a policy to encourage national parks to end the sale of bottled water. The aim was to cut back on plastic litter.

It was not actually an outright ban — but 23 out of 417 national parks, including Grand Canyon National Park and Zion National Park, implemented restrictions on bottled water sales. The parks encourage visitors to use tap water and refillable bottles instead.

Now, The Trump administration has reversed this Obama-era policy. …