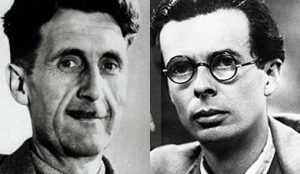 Social critic Neil Postman contrasted the worlds of Nineteen Eighty-Four and Brave New World in the foreword of his 1985 book Amusing Ourselves to Death. He writes:

“As Huxley remarked in Brave New World Revisited, the civil libertarians and rationalists who are ever on the alert to oppose tyranny “failed to take into account man’s almost infinite appetite for distractions.” In 1984, Orwell added, people are controlled by inflicting pain. In Brave New World, they are controlled by inflicting pleasure. In short, Orwell feared that our fear will ruin us. Huxley feared that our desire will ruin us.” 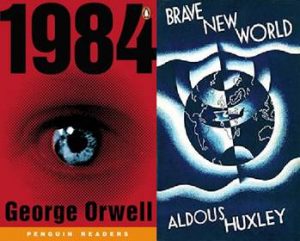