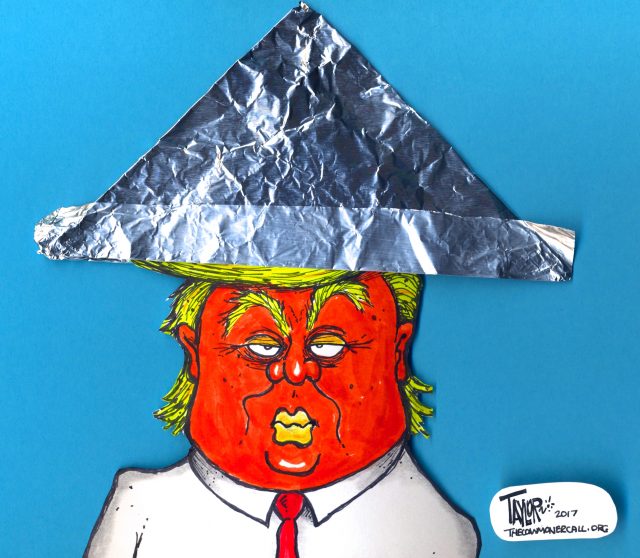 President Donald Trump called his son-in-law a “good boy” while thanking Wall Street Journal editor-in-chief Gerard Baker for a positive editorial about Jared Kushner and said the leader of the Boy Scouts told him his jamboree speech was “the greatest speech ever made to them.”

The comments, made to The Wall Street Journal and obtained in a transcript by POLITICO, show Trump holding forth at length with Baker and engaging in a familiar back and forth. Baker, according to the transcript, asked many of the questions and took the lead byline on the main piece about the interview as well, an unusual step for the editor in chief of a paper with a large White House reporting staff.

The Journal has not published a full transcript of the interview. The newspaper posted certain excerpts of the transcript online, but the full version has circulated around the Journal newsroom as well as among others in New York and Washington.

“And I liked your editorial today, very nice. (Laughs.),” the transcript quotes Ivanka Trump as saying.

“Oh, good, good. Well, you see, you know, my colleagues write those, so they’ll be — they’ll be —,” Baker said, likely referring to the editorial section that is separate from the news section at the newspaper, before being cut off by the president.

Matt Murray, the Journal’s deputy editor-in-chief, warned staffers in a conference call in recent days about leaking the transcript, saying it would be a breach of trust, according to several sources familiar with the call.

“Damn right I told them that. It’s true,” Murray said on Tuesday via a Journal spokesperson.

According to the transcript, Ivanka Trump stopped by the Oval Office during the interview, telling Baker she heard he was there and wanted to say hello. Ivanka Trump has often made an appearance during interviews with her father, including with The New York Times and POLITICO, to make small talk.

Baker told Ivanka Trump, “It was nice to see you out in Southampton a couple weeks ago,” an apparent reference to a party thrown last month attended by many politicos, business titans and media elites thrown by Washington Post heiress Lally Weymouth, now the Post’s senior associate editor. Ivanka Trump and Baker also chatted about their daughters, both named Arabella.

The president and Baker also talked about golf and travel.

The interview renewed questions internally at the newspaper about Baker’s leadership and posture toward the White House.

Baker has defended his paper in the past from criticism, both internal and external, that the broadsheet has been too soft on the real estate mogul and reality-television star-turned-45th president of the United States.

In an internal town hall with employees in February, Baker said that anyone who claims the Journal has been soft on Trump is peddling “fake news,” and that employees who are unhappy with the Journal’s objective, as opposed to oppositional, approach to Trump should work somewhere else. …