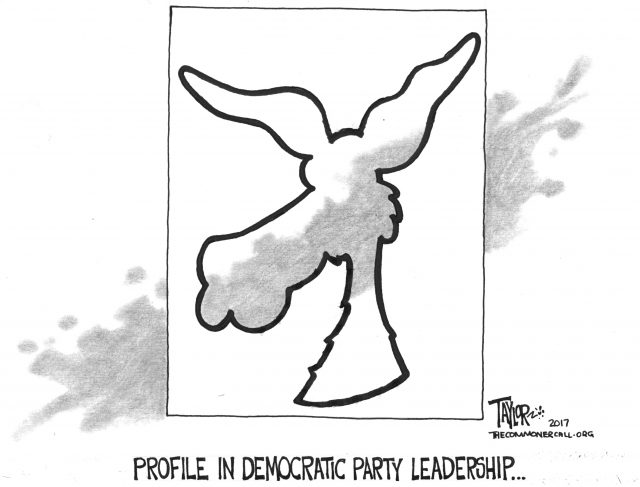 The story of the Democratic Party in 2017 has been one of timidity and stubborn resistance to real change.

In the immediate aftermath of the party’s preferred candidate facing a humiliating defeat in last year’s presidential election, questions swirled over what direction the party would take to respond to the new political reality. With Democrats at their weakest position in decades, having lost over 1,000 seats in states and Congress over the previous eight years, it appeared that a drastic shift in how the party operated was in store.

And the party was offered an early opportunity to embark on such a shift, with the campaign by Keith Ellison for Democratic National Committee chair. Ellison sported a resume as a bold progressive with popular support from rank-and-file Democrats and party activists alike. And he presented a clear break with the Democratic Party’s traditional establishment.

But rather than embrace the new direction presented by Ellison’s bid, party insiders conspired to instead elect Tom Perez, a candidate with much stronger connections to the party’s establishment wing. The result came as a dispiriting blow to many in the party’s base who hoped for a clear break in Democratic leadership.

There are some other glimmers of progressive hope in the plan, including calls for a $15 minimum wage and paid family and sick leave for workers. But “A Better Deal” is also notable for what it leaves out, especially when it comes to healthcare.

In the ensuing months, the Democrats have turned to neoliberal architects such as Rahm Emanuel for advice, invested a historic amount of funding in centrist Jon Ossoff’s failed congressional campaign in Georgia and returned to the strategy of recruiting moderate “Blue Dogs” to run in the upcoming 2018 midterm elections.

A stale and cheesy agglomeration

And this week, the Democratic Party announced its new slogan and platform: “A Better Deal: Better Jobs, Better Wages, Better Future.” Besides its possible plagiarism from Papa John’s tagline, the plan includes a repackaging of a number of longtime Democratic ideas, with some potential progressive offerings sprinkled in. But much like a pizza from Papa John’s, “A Better Deal” mostly amounts to an uninspired, stale and cheesy agglomeration stuffed neatly into a box.

One of the main policies included in “A Better Deal,” lauded by both Chuck Schumer and Nancy Pelosi in their respective op-eds announcing the agenda, is a tax credit for companies to train workers in new skills. On its face, this initiative may come across as smart and sound policy aimed at retraining workers and incentivizing businesses at the same time. Except their plan has one problem: It doesn’t work.

As has been documented time and again, simply handing money to the private sector is an ineffective way to make sure that workers become retrained with new skills. In fact, as Corey Robin notes, when such programs have been instituted in the past, data and research over decades has shown that overall they’ve performed poorly.

In an In These Times article published in 1994, John B. Judis explained why job retraining, then touted by the Bill Clinton administration, failed to lead to wage increases for workers or growth in employment. To prove his case, Judis cited the Labor Department’s own studies.

What didn’t work in 1994 and in the intervening decades is not any more likely to work in 2017. And yet the plan sits as one of the centerpieces of the Democrats’ new strategy. Why?

This goes back to the issue of timidity. Schumer has called the plan “a strong, bold economic agenda.” In reality, promising more cash to companies is not bold at all: It is the plan least likely to offend or challenge the profit-maximizing model of corporate America.

Why not fight for full employment?

The same holds true regarding the issue of jobs. “A Better Deal” sets a goal of creating jobs for 10 million more Americans over the next five years. This is a good start, but why stop there? Rather than setting its sights on a simple, round number of jobs, the Democratic Party could take an actual bold step and announce a goal of full employment across the country, with everyone who wants a job being offered one.

At a time when Republicans are attempting to jam their barbarous Obamacare repeal bill through Congress, potentially stripping coverage from tens of millions of Americans, the lack of a healthcare plank in this new plan is striking.

This isn’t some pie-in-the-sky fantasy. A federal job guarantee has been part of the national conversation going back to at least 1934 when Louisiana’s populist governor Huey Long called for it in his “Share the Wealth” plan. Franklin Roosevelt included a federal job guarantee in his famous second bill of rights. Martin Luther King Jr. spoke out in favor of such a plan. George McGovern ran on it in 1972, and some form of full employment was featured in the Democratic Party platform from 1944 up until 1992, the year Bill Clinton won the presidency.

And today, it’s not just socialists and far-left economists calling for a jobs guarantee: Even the Center for American progress is pushing the proposal. What’s more, it’s popular. And as scholars such as Darrick Hamilton, Mark Paul and William Darity Jr. have pointed out, such a plan could help stem the tide of income inequality, as well as the racial wealth gap, while increasing the power of workers to organize and win fairer wages and conditions on the job.

If the Democrats want to prove they’re fighting for working people and offering dynamic leadership on jobs and the economy, a jobs guarantee for everyone is a much clearer position to stake out than a promise of 10 million more over five years. … 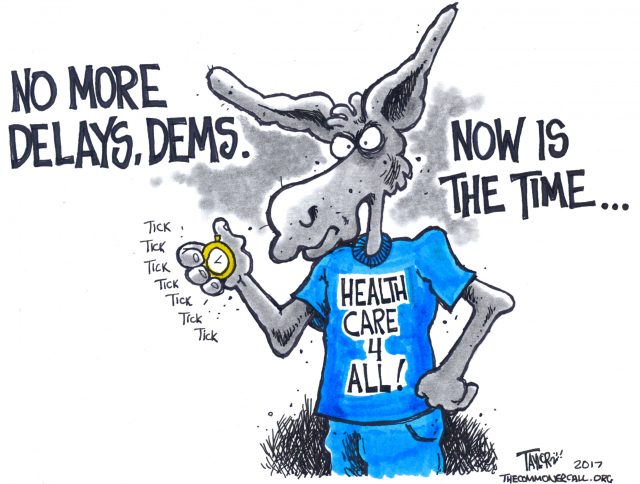