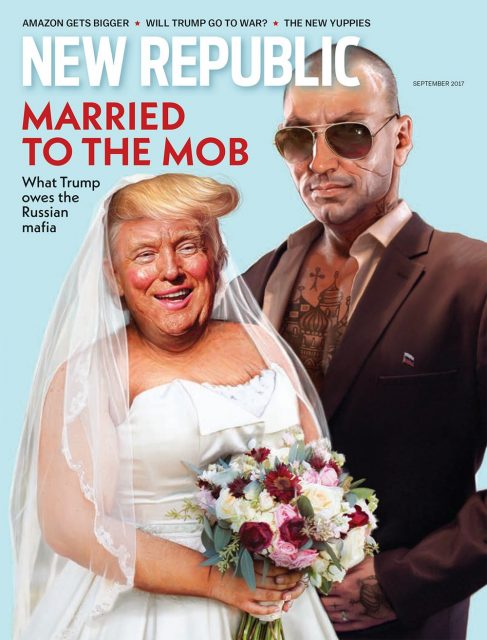 In 1984, a Russian émigré named David Bogatin went shopping for apartments in New York City. The 38-year-old had arrived in America seven years before, with just $3 in his pocket. But for a former pilot in the Soviet Army—his specialty had been shooting down Americans over North Vietnam—he had clearly done quite well for himself. Bogatin wasn’t hunting for a place in Brighton Beach, the Brooklyn enclave known as “Little Odessa” for its large population of immigrants from the Soviet Union. Instead, he was fixated on the glitziest apartment building on Fifth Avenue, a gaudy, 58-story edifice with gold-plated fixtures and a pink-marble atrium: Trump Tower.

A monument to celebrity and conspicuous consumption, the tower was home to the likes of Johnny Carson, Steven Spielberg, and Sophia Loren. Its brash, 38-year-old developer was something of a tabloid celebrity himself. Donald Trump was just coming into his own as a serious player in Manhattan real estate, and Trump Tower was the crown jewel of his growing empire. From the day it opened, the building was a hit—all but a few dozen of its 263 units had soldin the first few months. But Bogatin wasn’t deterred by the limited availability or the sky-high prices. The Russian plunked down $6 million to buy not one or two, but five luxury condos. The big check apparently caught the attention of the owner. According to Wayne Barrett, who investigated the deal for the Village Voice, Trump personally attended the closing, along with Bogatin.

Trump owes much of his business success, and by extension his presidency, to a flow of highly suspicious money from Russia.

If the transaction seemed suspicious—multiple apartments for a single buyer who appeared to have no legitimate way to put his hands on that much money—there may have been a reason. At the time, Russian mobsters were beginning to invest in high-end real estate, which offered an ideal vehicle to launder money from their criminal enterprises. “During the ’80s and ’90s, we in the U.S. government repeatedly saw a pattern by which criminals would use condos and high-rises to launder money,” says Jonathan Winer, a deputy assistant secretary of state for international law enforcement in the Clinton administration. “It didn’t matter that you paid too much, because the real estate values would rise, and it was a way of turning dirty money into clean money. It was done very systematically, and it explained why there are so many high-rises where the units were sold but no one is living in them.” When Trump Tower was built, as David Cay Johnston reports in The Making of Donald Trump, it was only the second high-rise in New York that accepted anonymous buyers.

In 1987, just three years after he attended the closing with Trump, Bogatin pleaded guilty to taking part in a massive gasoline-bootlegging scheme with Russian mobsters. After he fled the country, the government seized his five condos at Trump Tower, saying that he had purchased them to “launder money, to shelter and hide assets.” A Senate investigation into organized crime later revealed that Bogatin was a leading figure in the Russian mob in New York. His family ties, in fact, led straight to the top: His brother ran a $150 million stock scam with none other than Semion Mogilevich, whom the FBI considers the “boss of bosses” of the Russian mafia. At the time, Mogilevich—feared even by his fellow gangsters as “the most powerful mobster in the world”—was expanding his multibillion-dollar international criminal syndicate into America. …

Married To The Mob: Investigative Journalist Craig Unger On What Trump Owes The Russian Mafia 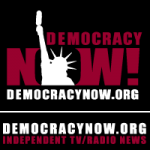 A new exposé and cover story in the September issue of the New Republic, titled “Married to the Mob: What Trump Owes the Russian Mafia,” examines how the Russian mafia has used the president’s properties to launder money and hide assets. We speak with the author, investigative journalist Craig Unger.