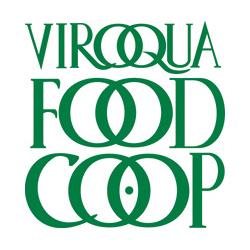 We’re excited to announce some new additions to our UFCW family! Earlier this month, over 45 hardworking men and women of the Viroqua Food Co-op in Viroqua, Wis., joined UFCW Local 1473.

Looking for ways to build a better workplace for everyone, co-op staff were eager to work together to improve scheduling, job postings, and wages. They approached UFCW Local 1473 a few months ago about these issues and their interest in joining our union family. We’re proud of our new members and the initiative they’ve shown to really make a positive change.

“We welcome the opportunity to bargain on behalf of the employees of Viroqua Food Co-op,” said UFCW Local 1473 President John Eiden. “The local is committed to developing a productive relationship that benefits all parties.”

UFCW represents workers at a number of other co-ops across the country. In 2015, UFCW Local 1459 hosted the first ever “Co-op Workers Summit,” providing an opportunity for the men and women who work at these cooperatives to discuss the unique challenges they face and work together to brainstorm solutions and improvements.

“It’s critically important that the co-op movement doesn’t leave the workers’ voice behind,” said John Cevasco, a grocery worker from Greenfield’s Market in Greenfield, Mass., and a UFCW Local 1459 member who attended the summit in 2015. “We found our voice at Greenfield’s by forming a union, and I know our co-op is stronger because of it.”

“My coworkers and I organized because we believe in workplace democracy,” said Phil Bianco, a UFCW Local 876 member at People’s Food Co-op in Ann Arbour, Mich. “We believe in the values of the cooperative movement. We see those values—democracy, sustainability, autonomy—as perfectly in line with those of the labor movement. In fact, we know the cooperative and labor movements are stronger when united. We urge all workers everywhere to do what we did. Whatever your situation, organize your power and change your circumstances for the better.