Randy Bryce thinks Paul Ryan is vulnerable to a challenge that offers voters a genuine, working-class alternative to the gold-plated speaker of the House. The union ironworker, who is challenging the most powerful Republican in Congress, is onto something. He recognizes that Ryan, a political careerist who had spent the better part of three decades as a Republican aide and congressman, represents southeastern Wisconsin’s first congressional district in name only.

The speaker of the House is still officially identified as Paul Ryan, R-Janesville. But everyone who is paying attention knows that the congressman serves as Paul Ryan, R–Wall Street.

Bryce has never run for Congress before. He is one of several Democrats who are either running, or looking to run, against an incumbent who will be lugging Donald Trump’s political baggage in 2018. But the veteran union activist has gained lots of attention, and substantial support, since the launch of a strikingly well-framed challenge to Ryan that goes to the heart of the speaker’s vulnerabilities.

“My values are my neighbors’ values, and we know that Washington has gotten way off track.”  – Randy Bryce

Bryce notes the fact of Ryan’s hyper-partisan allegiance to a president with a 36 percent approval rating by noting that, “Whether it’s healthcare or jobs, national security or education, our democracy or the environment—there’s not one issue where Paul Ryan and Donald Trump are headed in the right direction. It’s time for a change in Congress.”

But the essential element of Bryce’s challenge is an understanding that the deal-making work Ryan does to satisfy special-interest campaign donors in Washington is fundamentally different from the honest work Bryce does for a union wage as a member of Ironworkers Local 8 on job sites in Milwaukee and other southeastern Wisconsin cities. “Let’s trade places,” declares Bryce, in a video that went viral after he announced Monday. “Paul Ryan you can come and work the iron, and I’ll go to DC.”

That’s a working-class-versus-ruling-class argument that we need to hear a lot more of in American politics. And it is strengthened by Bryce’s determination to call out Ryan and other Republicans for serving Wall Street rather than Main Street—not just on the vital issue of health-care reform but on every issue.

Again and again, when it has come time to choose, Ryan has picked the side of the big banks … 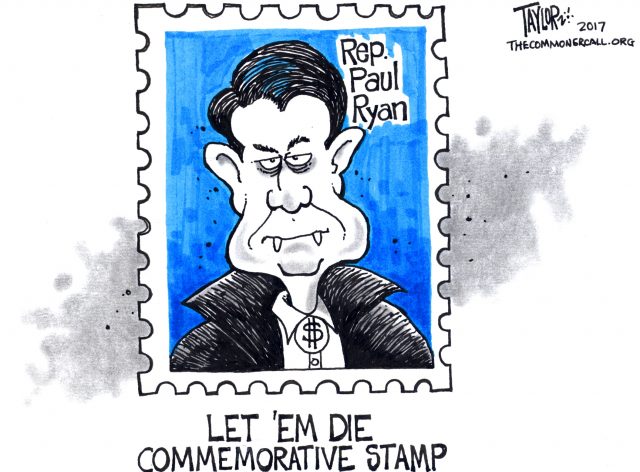