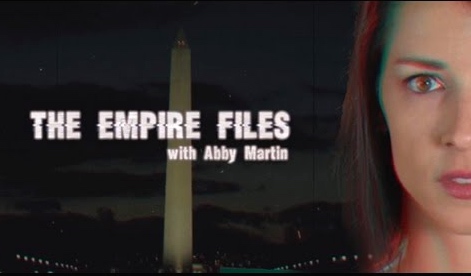 It’s nothing new that the American mainstream media presents highly edited and selected reporting on domestic violence in countries seen as unfriendly to United State corporate interests. Recently much has been made about the bumbling and often bullying actions of the left wing government led by Nicolás Maduro while opposition forces have been portrayed as plucky and courageous opponents.

Empire Files host Abby Martin just returned from Venezuela where she saw first hand how violent opposition protesters actively intimidate reporters – even threatening murder – and thereby give a false impression of what is actually happening. The right wing opposition have been burning people alive and there have been lynchings of pro-government citizens. The media has been especially targeted by the right wing squads. Given the anti-media rantings of Donald Trump and his paramilitary Trumpinistas it is a story that may have more relevance to our situation than we would like to assume.