When it comes to Wisconsin’s economy, those in power go to great lengths to direct everyone’s gaze at moderating unemployment in the state. They don’t want to acknowledge or discuss that while it’s possible to find work, for many it’s extremely hard to find work that enables you to make ends meet and stay in the middle class. Persistent stagnation and rising inequality are big parts of the full story of Wisconsin’s economy.

For years now, Wisconsin has depended on an economic development strategy devoted to empowering a few thousand of the wealthiest among us in hopes that some of what they have will trickle down to everyone else. Not much has trickled. At the heart of these feed-the-rich policies are tax breaks targeted to the wealthy and taxpayer-funded subsidies for businesses with few strings attached.

Wisconsin needs to do an about-face. Instead of seeking to empower a few thousand people and then pray they work some magic for the rest of the population, the state should focus on empowering all of the more than 5 million people who live here. This turnabout can be accomplished in four steps.

An about-face is possible, and it can be done in four steps. But it will require a fundamental change of economic philosophy. Sustainable growth and prosperity gush up, they do not trickle down.

The first step is to substantially boost wages. That means raising the wage floor and turning the minimum wage into a living wage. The federal minimum wage has been boosted more than 20 different times, and every increase was greeted by claims it would be a jobs killer. Jobs didn’t disappear. In fact, new ones materialized. The national economy grew steadily through every minimum wage increase. And states that increased their own minimum wages have seen faster job growth than those that didn’t. Makes perfect sense, actually. Put more money in workers’ pockets and they don’t pad their net worth with it or stash it in tax havens in Bermuda or the Cayman Islands, they spend it. And that stimulates the economy.

Step two is to restructure Wisconsin’s tax system. When you add up all  the state and local taxes we pay, the wealthiest 1% pay the lowest overall tax rate. That’s gotta change. There’s no need for new taxes, but there is a pressing need to make sure everyone pays the ones we already have. Requiring those in the top 1% to pay their fair share is key to doing something about economic inequality and empowering 5 million people who currently pay a bigger portion of their incomes in taxes.

The third step is to make education and job training as affordable for our kids and grandkids as it was for their parents and grandparents. Debt-free education and training has to be the state’s goal. A high school diploma alone is no longer a sure pathway to the American Dream. Wisconsin needs to clear a path that does not leave young people buried under a mountain of debt.

Step four is equipping every last person living in Wisconsin with indispensable 21st Century tools such as high-speed Internet and access to mobile phone service. Fully participating in the global economy and 21st Century American life is not possible without these tools. Wisconsin is lagging badly in this regard, and failing to catch up is a recipe for further economic stagnation and greater inequality.

An about-face is possible, and it can be done in four steps. But it will require a fundamental change of economic philosophy. Sustainable growth and prosperity gush up, they do not trickle down. 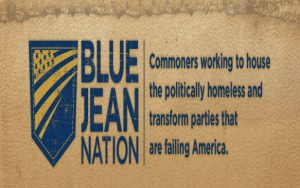