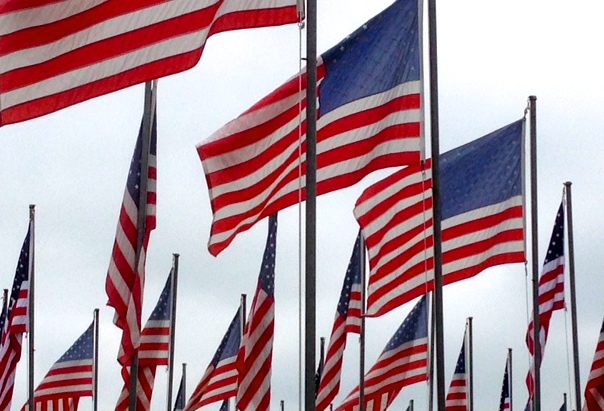 “Traditional slang terms for a soldier – GI, dogface, ground-pounder, grunt – used to be humorous and mildly self-deprecating designations connoting a citizen who happened to be uniform performing an onerous task. Now the preferred term is “warrior,” a term not often heard before in American history in reference to our soldiers. In tribal societies warriors as members of a caste, like priests and aristocrats, and the term does not seem fitting in a constitutional republic. I am still unsure whether “warrior” is a popular coinage that emerged on its own or whether Pentagon public relations operatives inserted it into the national demotic speech by means of constant repetition. But it is one small semantic clue as to how our governing classes define national security and the citizen’s role in it. The all-volunteer force has evolved from GIs into warriors.”

Rural America is dotted with monuments and memorials to fallen American veterans. Some are simple statues in quiet village parks and others are more grand. One of the more stirring can be found on the north edge of Richland Center, directly off Highway 14. There you will find the usual small town American Legion Hall and a decommissioned M60A3 tank on the edge of the parking lot but the thing that makes this memorial more arresting is the collection of dozens of flag poles that on this Memorial Day weekend bear American flags. You have to get off the highway to find that at the base of each flag is a simple stone marker; one for every Richland County resident who died in military service.

The first of the stone markers is for Pfc. Bayard C. Dehart, who was killed in action June 6, 1918. The Legion Post is named for Dehart.

I have lived in the area almost 20 years and driven past the roadside memorial on numerous trips but Saturday was the first time I stopped to visit the memorial. A light breeze ruffled the collection of flags beneath a dull, gray sky. An occasional flag rope could be heard pinging against a metal flag pole. The sound of the nearby highway seemed to be absorbed by the site, leaving one to contemplate the personal and very real tragedies and painful losses each flag, each pole and each stone marker represents. Each loss is a hole in the story of the community and one can’t help but think of the absence of potential – children that were never born, families that never were, stories that never had a chance to begin – that each death represents.

Betrayed by the corporate state

America has been eager to go to wars large and small throughout the 20th century and the tradition carries on today in the 21st century. Too often history reveals that all the stirring contemporary oratory about defending democracy and bringing freedom to the world was nothing more than empty lies. The real reason the United States went to war in the conflict that killed Pvt. Dehart was to protect the loans American bankers like J.P. Morgan had made to France and Britain. Once elected to his second term on the pitch that he had “Kept us out of war” President Woodrow Wilson promptly pivoted and with a polished sales campaign of lies sold the American public on the necessity of going to war.

Pfc. Dehart was betrayed by his president and the bankers who owned him.

Even during World War II – the good war – American bankers and industrialists and corporations happily did business with the Nazis, selling oil and making proprietary technology available to the very same military that was mowing down American soldiers on the beaches of Normandy and the shattered winter forests of the Battle of the Bulge. Congressional hearings after the war on the double-dealing profiteering by corporate America were choked off. The federal government quietly paid reparations to American corporations whose German manufacturing facilities were destroyed by allied bombing raids.

Whenever I visit a war memorial I have such a mix of emotions. I feel sadness and loss and that emptiness of all that “could have been” in the lost lives. I also feel anger and disgust at what our government and it’s corporate masters is so often willing to do.

Then we have the multiple layered bipartisan lies and deceit of Vietnam and the litany of war crimes by disillusioned and betrayed American troops. In more recent times there is the pointless, empty war making of the Cheney/Bush regime that echoes through our War on Terrorism politics and convulses the entire Middle East 16 years on with no end in sight.

Whenever I visit a war memorial I have such a mix of emotions. I feel sadness and loss and that emptiness of all that “could have been” in the lost lives. I also feel anger and disgust at what our government and it’s corporate masters is so often willing to do. I feel rage about the lies of the war makers and their cynical manipulation of the genuine patriotic beliefs of many fellow citizens. I know that with our new wars that the children of the wealthy including – especially – the Bush II, Cheneys, Clintons, Reagans, Obamas and god knows the pampered, pricky little Trump pack will never ever be in uniform. In their cushioned lives they will be spared the retching battlefield stink that haunts dreams years later.

Yes, yes, G.W. was in a special shirker wing for the smug boys of the well connected in the Texas Air National Guard but basically he went AWOL.

Idiot child and bold dropper of the Mother Of All Bombs Donald Trump spent his Vietnam years dodging venereal diseases in New York City, proudly noting in 1997, “It is my personal Vietnam. I feel like a great and very brave soldier.”

In 1989, Dick Cheney explained his five draft dodging student deferments while doing graduate studies at the UW-Madison campus noting: “I had other priorities in the sixties than military service.”

Thank God, none of the young Vietnam veterans memorialized in Richland Center had any priorities in their lives.

None of the children of any modern president has been in military service.

With the possible exception of H.W. Bush, not a single modern American president – of either damn party – has had the moral integrity to send anyone to war.

I’ve never been in the military. I have, in my work as a psychotherapist, been honored to assist a few veterans, good men, haunted by our meaningless wars. I have seen the aftermath of IED brain injury. I have heard their stories of pointless tragedy, seen their tears and witnessed the faraway, haunted look in their eyes as they recall a past atrocity that will not leave their night dreams.

While individual soldiers often act selflessly, with great honor and courage, our civilian – and too many military leaders  (witness Michael Flynn and, even, H.R. McMaster) – are shit bags who don’t deserve an iota of respect or allegiance.

Did I say I feel anger?

That’s what I feel on Memorial Day. 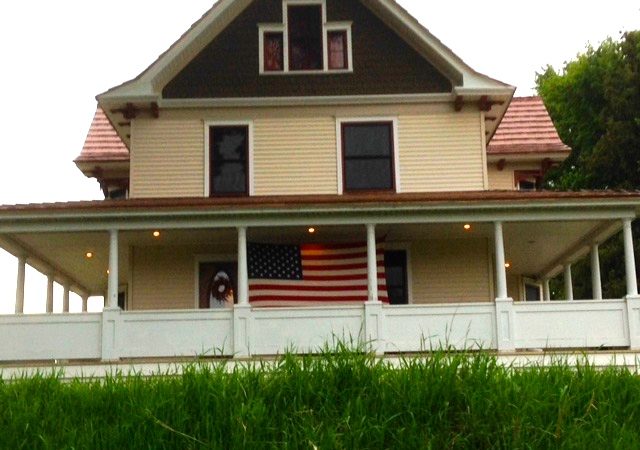 (Commoner Call photo and commentary by Mark L. Taylor, 2017. For other commentary by the author, link here. Open source and free to use with link to www.thecommonercall.org )