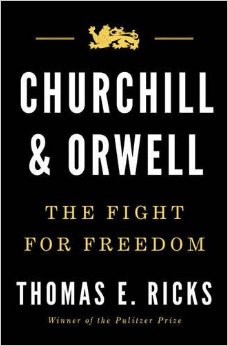 Former Washington Post Pentagon reporter Tom Ricks has been a long and careful observer of the American military machine. In the course of that work he has covered the four generals – James Mattis, secretary of defense; John Kelly, secretary of Homeland Security, H.R. McMaster, national security adviser and Michael Flynn, the national security adviser – who have been at the heart of much of the drama and scandal of the bumbling Trump administration. He has interviewed all four and, in fact was in a conference with several other journalists in Michael Flynn’s office at the very moment Flynn was fired.

Among the five excellent books Ricks has published on the US military-industrial complex, his 2006 book Fiasco: The American Military Adventure In Iraq is the benchmark chronicle of the tragic Cheney/Bush military intervention that triggered the spiraling bloody, ongoing catastrophe that continues to convulse the entire Middle East and threatens to snare American forces into yet another unwinnable and immoral military catastrophe.

What both Orwell and Churchill understood is that when an authoritarian says they are going to do something, believe it. The authoritarian is always honest in their duplicity. A new generation of Americans are being challenged to relearn that truth today.

In the May 22 edition of WHYY’s Fresh Air the Pulitzer Prize-winning Ricks provides one the best summaries of the history, issues, personalities and significance of the smoldering Trump Russiagate story I’ve seen. His insights about Trump’s generals is especially insightful. Flynn, he observes, is someone of limited imagination and intelligence who was promoted far beyond his abilities.

McMasters, he fears, has lost his way and sacrificed his soul but has hope that he will at some point realize he needs to speak truth about the Russiagate crisis. Mattis, he observes, is our one hope for rational thinking in the whirling Trump mix-master.

Latest book projects 1930’s history on to the present

Ricks’ latest book,“Churchill And Orwell: The Fight For Freedom”, was released earlier this week. It is a unique side-by-side biography of both Winston Churchill and 1984 author George Orwell. Ricks reveals that the parallel stories of this unlikely pairing provides a powerful framing of the crises faced by democracies in 1930’s Europe. Then, as now, many said democracies no longer worked; that the strong man authoritarianism of Mussolini and Hitler showed just how things could get done. What was needed, the admiring dunderheads of leadership said, was a little more authoritarian efficiency instead of all the messy debate of democracy. After all the supposed leaders observed, Mussolini had the trains running on time in Italy while in Germany western industrialists were entranced with the massive public building projects and the autobahn of Hitler’s Third Reich. All the big talk, over-the-top declarations of superiority and soaring promises mesmerized not just the cheering crowds but many diplomats and American industrialists like Henry Ford and aviation hero and “America First” poster boy Charles Lindberg. The side-by-side ugly chatter of increasingly extremist, darkly racist and ignorant xenophobic declarations were dismissed as overstatement, minor campaign excesses and nothing to be seen as a real threat. Practicality, the world was reassuring told, would win out over any crazy action.

Sound familiar? It should.

What both Orwell and Chruchill understood is that when an authoritarian says they are going to do something, believe it. The authoritarian is always honest in their duplicity. A new generation of Americans are being challenged to relearn that truth today.

While many of the big wigs in the European democracies and the United States pooh-poohed Hitler’s fascist tirades and crazy declarations, both Churchill and Orwell saw the threat clearly and each, in their own way and words, tried to awaken England to the great and mounting threat. Where others wanted to turn a blind eye and an intentionally deafened ear to the escalating fascist cant, both Churchill and Orwell were unsparing in their portrayal of the darkness spreading around the globe.

In this interview with Fresh Air host Terry Gross, Ricks provides one of the best overviews of the current threat crowding about us and shows that the fascist impulse is a real now as it was in 1930’s slumbering Europe. Ricks provides a much-needed wake-up call for all of us.

Let us hope we don’t have to repeat the mistake of 1930’s Europe and America. We are closer to that pre-World War II reality than most are willing to admit.

(Commoner Call commentary by Mark L. Taylor, 2017. Open source and free to use with link to www.thecommonercall.org ) 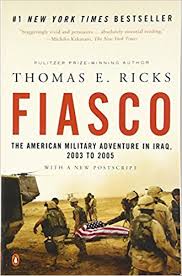