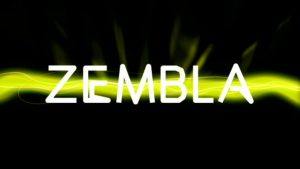 A Dutch TV documentary alleges that President Donald Trump has extensive connections to Russia’s ruling oligarchs and a history of illegal racketeering.

He continued, “That’s only one of the eyebrow-raising takeaways from a 45-minute Dutch documentary that first aired last week, ‘The Dubious Friends of Donald Trump, Part 1: The Russians.’”

It also looks at Trump’s arrangements with wealthy Russians that apparently allow them to move their money outside Russia and details the elaborate financial networks these families use as a “pyramid scheme for money laundering,” Rosenfeld said. “The financial trail exposed raises questions about whether Trump fired FBI Director James Comey because the FBI’s investigation of his campaign’s collusion with Russia was encroaching into Trump’s world of dark money and dubious business partners.”

Zembla promoted the documentary by saying, “For months, the FBI have been investigating Russian interference in the American presidential elections. ZEMBLA is investigating another explosive dossier concerning Trump’s involvement with the Russians: Trump’s business and personal ties to oligarchs from the former Soviet Union. Powerful billionaires suspected of money laundering and fraud, and of having contacts in Moscow and with the mafia. What do these relationships say about Trump and why does he deny them? How compromising are these dubious business relationships for the 45th president of the United States? And are there connections with the Netherlands? ZEMBLA meets with one of Trump’s controversial cronies and speaks with a former CIA agent, fraud investigators, attorneys, and an American senator among others.”

Zembla has also released Part Two of the series, “The King of Diamonds,” which explores Trump’s relationship with Israeli billionaire Lev Leviev, who is suspected of trading in blood diamonds. …

Read the Rest and Link to Both Documentaries

Dutch TV Did What No American TV Network Dares: Trump’s Financial Ties to Russian Oligarchs and Mobsters Detailed In Explosive New Documentary from the Netherlands

That’s one of the eyebrow-raising takeaways from a 45-minute Dutch documentary that aired last week, titled The Dubious Friends of Donald Trump, Part 1: The Russians. The first installment of the investigative reporting series, produced by Zembla, does what no American TV network has yet dared to do—take a deep look at the organized crime links and corrupt international business strategies used by Trump and his partners in his properties.

It starts with Trump’s luxury tower in the lower Manhattan neighborhood of Soho, where his partner in building that highrise was Bayrock LLC, whose primary investor was a Russian mining oligarch and another major investor was a convicted Russian mobster named Felix Sater.

“Why did 60 Minutes pass on the Bayrock story in 2016? Why did ABC News’ Brian Ross pass on the Trump Soho [Tower] story in 2015? Why has no major network done any kind of documentary on what the Dutch just did?” asks James Henry, a corporate lawyer-turned-financial investigative reporter who writes for DCReport.org. Henry is one of several investigative reporters whose work on Trump’s shady business empire is profiled in the film.

The documentary shows how Trump not only helped hide the identity of his mobster business partner, prompting an ongoing lawsuit accusing Trump of criminal racketeering, but also how Trump used that internal company crisis to demand more money. It goes on to show how Russian oligarchs saw Trump’s properties as a way to get their money out of Russia, and describes the international financial networks that are akin to a pyramid scheme for money laundering. It also notes how the law firm of Trump’s political adviser, former New York City mayor Rudy Guiliani, helped set up a money-laundering account in the Netherlands used by Bayrock. …

Read the Rest and Link To 48-Minute Video

The Senate Begins To Look Into Trump’s Many Business Entanglements

I spoke recently to a longtime business associate of Donald Trump’s, and asked his thoughts about the various investigations into collusion between the Trump campaign and the Russian government. He laughed and said that there is no way Trump could have been part of such a conspiracy. “He couldn’t sit through the meeting,” the associate said. This is a character analysis I’ve heard from several people who have worked with Trump, one that seems confirmed daily by the President’s statements and tweets: the man doesn’t go in for complex, long-term plans. He likes quick, tangible results—“something shiny,” the associate told me. “Right away.”

Robust compliance was not happening at the Taj Mahal. The Treasury Department found that the casino didn’t monitor or report suspicious activity. About half the time that Treasury investigators identified suspect behavior, the Taj Mahal had not reported it to authorities.

Trump’s businesses—maybe because of his fondness for shiny deals—have been the subject of investigations over the years but have not been discussed much in the context of the Trump campaign’s relationship to Russia. But that seems to be shifting. Senator Lindsey Graham, whose committee is heading one of the investigations, raised the question at a hearing on Monday, and apparently asked the White House for information about ties between the President and Russia. In response, lawyers for Trump released a letter to the Associated Press on Friday, saying they had reviewed ten years of Trump’s taxes and didn’t find “any income of any type from Russian sources,” except for a property sold to a Russian billionaire and proceeds from the 2013 Miss Universe pageant held in Moscow. Trump’s actual tax returns weren’t released, so the information could not be confirmed. More significant for the long term, perhaps, was another request made by the Senate Select Committee on Intelligence to the U.S. Treasury Department’s Financial Crimes Enforcement Network, which is known as FinCEN, to turn over documents related to Trump and his campaign officials as part of what Senator Mark Warner, the ranking Democrat on the committee, told CNN is “our effort to try to follow the intel no matter where it leads.”

The FinCEN request is particularly interesting because the unit enforces money-laundering laws and is familiar with Donald Trump’s holdings, specifically the Taj Mahal casino, in Atlantic City. Trump opened the Taj Mahal in 1990. He sold half of his shares in 2004, as part of a bankruptcy settlement, but remained a minority owner. In 2015, the Taj Mahal admitted to “willfully” violating the law by letting many suspicious transactions go unreported to the authorities, and agreed to pay a ten-million-dollar fine—one of the largest ever for a casino. While the fine came at a time when Trump was no longer a majority owner, FinCEN made clear in its public statement that the casino had violations dating back to 2003, when Trump was majority owner, and had faced another fine in 1998. The casino closed late last year. …

‘We Know This Script’: Naomi Klein Warns Of ‘Coronavirus Capitalism’ In New Video Detailing Battle Before Us

A Stinking Mess: Toilet Paper Wars And The Shithouse Of Capitalism