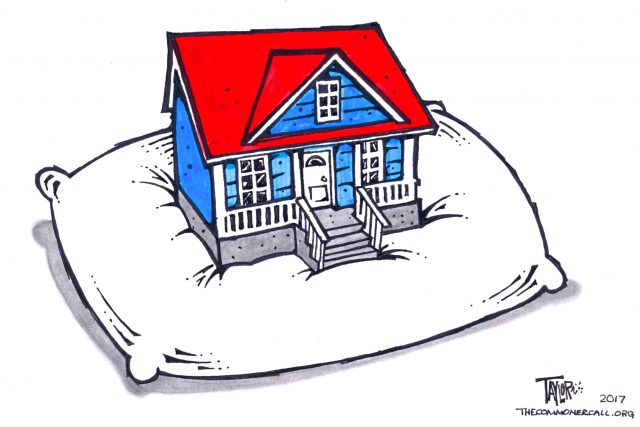 Election 2016 has prompted a wave of head-scratching on the left. Counties Trump won by staggering margins will be among the hardest hit by the repeal of the Affordable Care Act. Millions of white voters who supported Donald Trump stand to lose their access to health coverage because of their vote.

Individual profiles of Trump voters feed this baffling narrative. A Washington Post story described the experience of Clyde Graham, a long-unemployed coal worker who depends on the ACA for access to health care. He voted for Trump knowing it might cost him his health insurance out of his hope of capturing the great white unicorn – a new job in the mines. His stance is not unusual.

Socialism for white people is all-enveloping, benevolent, invisible, and insulated by the nasty, deceptive notion that we have earned our benefits by our own hand.

Why are economically struggling blue collar voters rejecting a party that offers to expand public safety net programs? The reality is that the bulk of needy white voters are not interested in the public safety net. They want to restore their access to an older safety net, one much more generous, dignified, and stable than the public system – the one most well-employed voters still enjoy.

Americans with good jobs live in a socialist welfare state more generous, cushioned and expensive to the public than any in Europe. Like a European system, we pool our resources to share the burden of catastrophic expenses, but unlike European models, our approach doesn’t cover everyone.

Like most of my neighbors I have a good job in the private sector. Ask my neighbors about the cost of the welfare programs they enjoy and you will be greeted by baffled stares. All that we have is “earned” and we perceive no need for government support. Nevertheless, taxpayers fund our retirement saving, health insurance, primary, secondary, and advanced education, daycare, commuter costs, and even our mortgages at a staggering public cost. Socialism for white people is all-enveloping, benevolent, invisible, and insulated by the nasty, deceptive notion that we have earned our benefits by our own hand. …