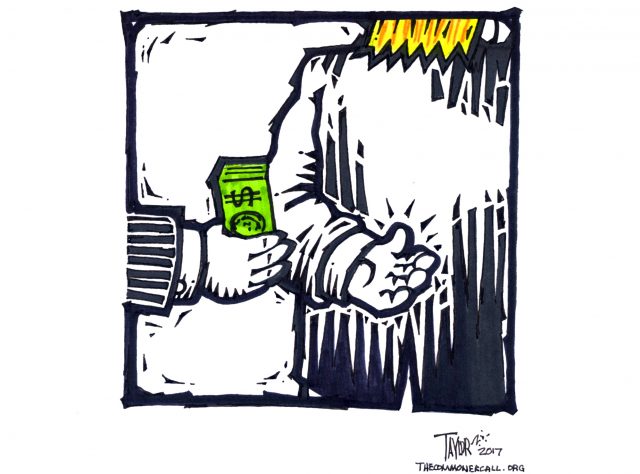 In a remarkable Friday night news dump, the Trump administration made dozens of White House staffers’ financial disclosure forms available. But they did it with an extra dose of opacity.

These are important disclosures from the people who have the president’s ear and shape national policy. They lay out all sorts of details, including information on ownership of stocks, real estate and companies, and make possible conflicts of interest public.

But the White House required a separate request for each staffer’s disclosure. And they didn’t give the names of the staffers, leaving us to guess who had filed disclosures, a kind of Transparency Bingo.

Since the White House wasn’t going to post the documents publicly, we did.

We teamed up with The New York Times and The Associated Press, requested docs for every staffer we know and put them in this public Google Drive folder.

We’re continuing to look through them. And we want your help: If you see anything that merits a closer look, fill out our Google Form.

Among the things we’ve learned already:

Steve Bannon, President Trump’s hand-picked chief strategist, earned more than $500,000 last year through businesses connected to Republican donors Robert Mercer and his daughter, Rebekah. The companies include the conservative website Breitbart News Network; the data-crunching firm Cambridge Analytica; the conservative nonprofit Government Accountability Institute; and the entertainment production company Glittering Steel. (Per an agreement with White House ethics attorneys, Bannon is selling his stakes in Cambridge Analytica and Glittering Steel. He made somewhere between $1.3 million and $2.3 million last year, according to the filings.)

Jared Kushner, the president’s son-in-law and a White House senior adviser, resigned his positions in 266 different business entities in order to comply with federal ethics rules, White House officials said Friday. He and his wife Ivanka’s financial disclosure shows the scale of their wealth, largely through the family-run Kushner Companies: real estate and investments worth as much as $741 million.

And Kushner is holding onto more than 100 real-estate assets, including a Trump-branded rental building in Jersey City, New Jersey, which was financed with millions from wealthy Chinese investors through a visa program.

As part of Kushner’s financial disclosure, Ivanka Trump, who recently took an official post in the White House, had to disclose her assets. Ivanka Trump’s branded companies, including her clothing and jewelry lines, brought in more than $5 million in 2016 and are valued at more than $50 million. Her stake in the Trump International Hotel in Washington, D.C., which opened in September, brought in income of between $1 million and $5 million. (She is putting her companies in a trust that she won’t manage while her father serves as president.)

There are other tidbits, too. Gary Cohn, the former Goldman Sachs investment banker who now serves as director of the National Economic Council, has assets worth at least $253 million, including million-dollar or more stakes in several private companies. Omarosa Manigault, the reality-TV star who took a job as a White House communications staffer, has a 33 percent stake in a trust worth between $1 million and $5 million established by her late fiancée, the Oscar-nominated actor Michael Clarke Duncan, who died in 2012. Reed Cordish, a Trump family friend and Maryland real-estate developer who now oversees technology initiatives at the White House, reported assets of at least $197 million, including partnerships in Baltimore casinos.

So far, we’ve received less than half of the roughly 180 financial disclosures White House officials said they have processed. But the moment we get them, you will, too.

(This work is licensed under a Creative Commons Attribution-NonCommercial-NoDerivs 3.0 Unported License.)

When President Donald Trump placed his businesses in a trust upon entering the White House, he put his sons in charge and claimed to distance himself from his sprawling empire. “I hope at the end of eight years I’ll come back and say, ‘Oh you did a good job,’” Trump said at a Jan. 11 press conference. Trump’s lawyer explained that the president “was completely isolating himself from his business interests.”

The setup has long been slammed as insufficient, far short of the full divestment that many ethics experts say is needed to avoid conflicts of interest. A small phrase buried deep in a set of recently released letters between the Trump Organization and the government shows just how little separation there actually is.

Trump can draw money from his more than 400 businesses, at any time, without disclosing it.

The previously unreported changes to a trust document, signed on Feb. 10, stipulates that it “shall distribute net income or principal to Donald J. Trump at his request” or whenever his son and longtime attorney “deem appropriate.” That can include everything from profits to the underlying assets, such as the businesses themselves. 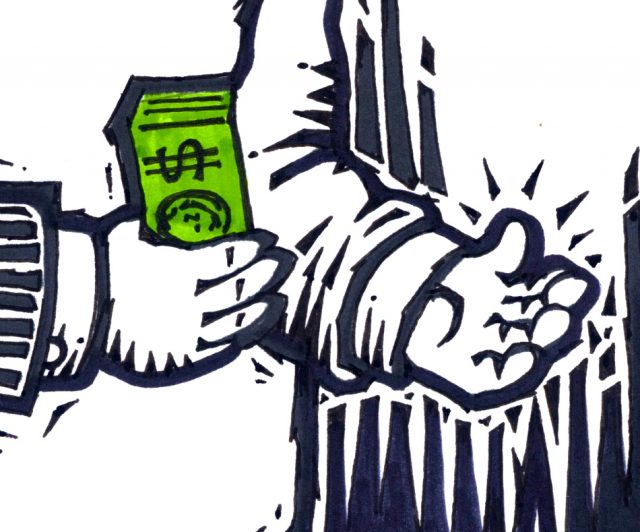 A new document shows that President Trump can take money from his companies at any time through the eponymous trust that holds his businesses.

That’s one new detail about the Donald J. Trump Revocable Trust included in an updated version of the trust’s certification document, the original of which was first obtained by ProPublica in January. A new version of that document was released by the federal government last week. The new document says that Trump’s eldest son, Donald Trump Jr., and longtime attorney Allen Weisselberg must “distribute net income or principal to Donald J. Trump at his request” or whenever they deem fit.

The trust document also has some other notable changes. Here’s an annotated look. …

Tom Price doesn’t appear to have suffered a financial hit when he fulfilled his pledge to sell off some assets as the new head of the Department of Health and Human Services.

On one transaction alone, Price made a profit of more than $150,000 on shares he held in a tiny Australian biotech company, according to his financial disclosures. His purchases of that stock, which came while he was serving in Congress, were the subject of particular scrutiny during his confirmation hearings in January. He was one of a handful of U.S. investors allowed to buy discounted shares in Innate Immunotherapeutics, which was working on an experimental multiple sclerosis drug.

The forms show Price also sold shares worth a total of tens of thousands of dollars in about three dozen other companies involved in businesses including health care, technology and airlines.

While he served in Congress, Price reported trading hundreds of thousands of dollars’ worth of shares in health-related companies while he voted on and sponsored legislation affecting the industry. …

At a White House press briefing, Press Secretary Sean Spicer responded to a question about a report in ProPublica that shows Donald Trump made changes to his business trust after taking office. The change allows him to withdraw profits at any time, without any public notice or scrutiny and reportedly gives him access to the behind-the-scenes financials of the 400 companies he was supposed to separate himself from before taking office. Spicer’s response was to slam ProPublica, dismissing them as nothing more than a “left-wing blog” and glossing over the eagle-eyed reporting done by Derek Kravitz and Al Shaw.

That approach isn’t working out so well for Spicer. ProPublica replied with a flurry of damning facts, bringing all the receipts and it is going viral for great reason. See the tweetstorm of fury below…