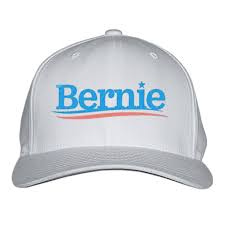 Sen. Bernie Sanders on Thursday sat down with investigative journalist Jane Mayer to discuss the threat that secretive and undisclosed campaign financing—exemplified by the outsized influence of powerful billionaires like Charles and David Koch—continues to have on U.S. democracy and what should be done to push back.

Mayer—author of the 2016 best-seller Dark Money: The Hidden History of the Billionaires Behind the Rise of the Radical Right—recently wrote a feature for The New Yorker in which she detailed the significant role the deep pockets, and bizarre far-right politics, of billionaire Robert Mercer played in President Donald Trump’s campaign run.

‘You could not fix anything else until you fix the situation regarding money in American politics, because it effects every issue.’

What Sanders argues is that too many people, whatever their primary focus or specific concerns might, are not “connecting the dots” on how insidious and pervasive the ‘dark money’ crisis has become.

And according to Mayer, “I honestly think you could not fix anything else until you fix the situation regarding money in American politics, because it effects every issue.”

Watch the segment below.