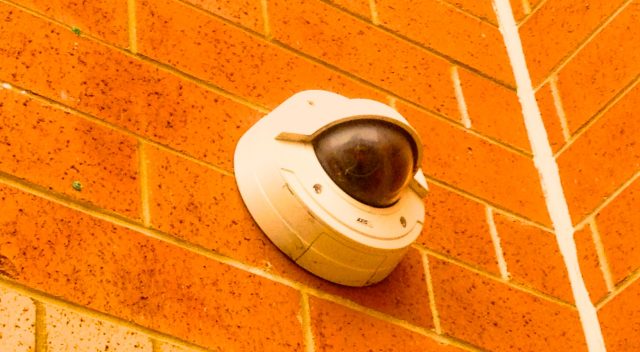 n a heavily protected military base some 15 miles south of Washington, D.C., sits the massive headquarters of a spy agency few know exists. Even Barack Obama, five months into his presidency, seemed not to have recognized its name. While shaking hands at a Five Guys hamburger restaurant in Washington in May 2009, he asked a customer seated at a table about his job. “What do you [do]?” the president inquired. “I work at NGA, National Geospatial-Intelligence Agency,” the man answered. Obama appeared dumbfounded. “So, explain to me exactly what this National Geospatial…” he said, unable to finish the name. Eight years after that videotape aired, the NGA remains by far the most shadowy member of the Big Five spy agencies, which include the CIA and the National Security Agency.

Despite its lack of name recognition, the NGA’s headquarters is the third-largest building in the Washington metropolitan area, bigger than the CIA headquarters and the U.S. Capitol.

Completed in 2011 at a cost of $1.4 billion, the main building measures four football fields long and covers as much ground as two aircraft carriers. In 2016, the agency purchased 99 acres in St. Louis to construct additional buildings at a cost of $1.75 billion to accommodate the growing workforce, with 3,000 employees already in the city.

With the capability to watch an area of 10 or even 15 square miles at a time, it would take just two drones hovering over Manhattan to continuously observe and follow all outdoor human activity, night and day. It can zoom in on an object as small as a stick of butter on a plate and store up to 1 million terabytes of data a day. That capacity would allow analysts to look back in time over days, weeks, or months. Technology is in the works to enable drones to remain aloft for years at a time.

The NGA is to pictures what the NSA is to voices. Its principal function is to analyze the billions of images and miles of video captured by drones in the Middle East and spy satellites circling the globe. But because it has largely kept its ultra-high-resolution cameras pointed away from the United States, according to a variety of studies, the agency has never been involved in domestic spy scandals like its two far more famous siblings, the CIA and the NSA. However, there’s reason to believe that this will change under President Donald Trump.

Throughout the long election campaign and into his first months as president, Trump has pushed hard for weakening restraints on the intelligence agencies, spending more money for defense, and getting tough on law and order. Given the new president’s overwhelming focus on domestic security, it’s reasonable to expect that Trump will use every tool available to maintain it, including overhead vigilance.

In March 2016, the Pentagon released the results of an investigation initiated by the Department of Defense’s Office of Inspector General to examine military spy drones in the United States. …

(Commoner Call photo by Mark L. Taylor. Open source and free to use with link to www.thecommonercall.org )