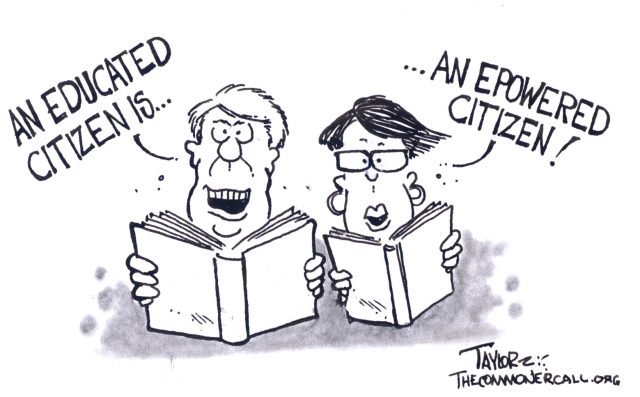 Is the Deep State a multi-millennias old Conspiracy, or just the latest version of short-term greed and stupidity? Are the main players Reptilian shape–shifters fighting an intergalactic struggle, or a bunch of narcissistic white men and female wannabes using obscene amounts of wealth as a way to keep score? Do simple Business 101 principles about efficiency and letting the market pick winners apply in a rigged system that separates nasty side effects from profit/loss calculations by labeling them external costs; or are they mantras to keep the rest of us from discovering that freedom and democracy are not the flip-side-of–the coin reading “Capitalism”?

Three books (available at local libraries) describing the economic and political landscape of this new economic reality shed some light on these questions.

“Too Big to Fail: The Inside Story of How Wall Street and Washington Fought to Save the Financial System—and Themselves” by Andrew Ross Sorkin (2009)

Inside the Battle to Save Wall Street (some would say Too Big To Fail), is a non-fiction book by Andrew Ross Sorkin chronicling the events of the 2008 financial crisis and the collapse of Lehman Brothers from the point of view of Wall Street CEOs and federal regulators. The book was released on October 20, 2009 by Viking Press.

We all have stories to tell about the Great Recession. My words of wisdom are that without the last remnants of the New Deal (FDIC, Social Security, etc) we would have been in the Greatest Depression, and perhaps civil war and revolution. This book will make you feel that may have been a good thing.

The greedy, narcissistic behavior of the Big Men running the banking and investment system in the US, and the world is unveiled here in appalling detal. These folks should all be taken out to the woodshed. An explanation that a bunch of lizards wearing human bodies was in charge of our economy would be easier to take than to accept the premises these people live under. The idea that there is no “enough is enough” cannot possibly be an excuse for so many to be hurt so badly, and for so long.

You need to read the book to get the overwhelming amount of proof of just how appalling it all was. One small example is the legal fee of $1.5 billion for the due diligence required for a $50 billion takeover-rescue of a firm that gambled middle class investors’ retirement dollars away in a uber-leveraged swindle. Hey, I’m just sayin’…..

My personal opinion is that Democracy and this type of Capitalism are not compatible.

A non-fiction book by the American writer Michael Lewis,[1] published by W. W. Norton & Company on March 31, 2014. The book focuses on the rise and spread of high-frequency trading (HFT) in the US equity market. Lewis states clearly that: “The market is rigged” by HFT traders who front run orders placed by investors. The book remained at the top of The New York Times Best Seller list for four consecutive weeks. (Reference: Wikipedia, https://en.wikipedia.org/wiki/Flash_Boys)

Lewis details the practice of building shorter-length communication systems to get electronic orders completed faster than competitors (electrons traveling at the speed of light are nanoseconds quicker to arrive if the path is shorter). One trader discovered that trades he was making were coming in at higher prices than he expected just split seconds after he pressed the buy button. He discovered that others could see his order coming in and make his purchase at the original price, nanoseconds quicker; and then turn around and sell to him at a higher price.

A group of investors who figured out what was happening created a new stock exchange based upon algorithms to remove the transmission time differences from different routes. This was one of many new exchanges that sprung up after the 2008 plunge. Most large firms, like Goldman Sachs, have their own exchange. The New York Stock Exchange is no longer the venue where most stocks are traded and Lewis punctures many of the myths of this system.

Canadian researcher Brian Tanguay called Flash Boys “…a startling exposé of the inner workings of the American stock market”. He stated in his review: “As was the case with mortgage-backed securities and collateralized debt obligations and credit default swaps, the automated stock market is stunningly complex. On its face, high-frequency trading seems like it should be illegal. But no, the system is merely riddled with perverse incentives. The reality is that between investors and the market sits a layer of middlemen who earn fees, commissions, and rebates from order flow and volume. This labyrinth adds little actual value to the market or the larger economy; middlemen profit from the complexity they have nurtured and sustained—and defend with every resource at their disposal.”

The scary thing is that after the crash of 2008 insiders created this whole new way to fleece the regular guy and his 401(k). The financial bailouts, massive home foreclosures, and economic misery taught these folks nothing, or perhaps – as is more likely – they just didn’t care.

Traditional pension plans, called defined benefit plans, use professional investors to control large collections of contributions and use a wide variety of stocks, bonds, real estate, precious metal, etc. to create a steady enough gain over time to guarantee returns for the life of the participant. The drive to wreck unions in America is directly connected with the destruction of these safe harbors for workers’ financial futures. Most of these plans are gone (many used to finance their own destruction in mergers and acquisitions), being replaced by individual 401(k) style investments in the stock market, called defined contribution plans. The guarantee in these is that you control what you put in with no guarantee of the return. Letting the Big Guys play with your retirement in their leveraged financial pyramid schemes is a bad deal. The American worker deserve far better for years of hard labor.

The Death of Money: The Coming Collapse of the International Monetary System”, by James Rickards, Portfolio Penguin, 2014

Rickards goes to some length explaining how current financial leaders use false assumptions in their attempts to predict and control the global economy. He was an insider in the highest levels of government and finance and his narrative is very compelling. He shows that the old methods of lowering interest rates to stimulate the economy can’t work now and that the inflation of the last decades has eroded the consumer buying power needed to drive a new expansion. He predicts that the next tool for the global bankers to use is to freeze cash. This “Ice Nine” scenario, (the name, borrowed from Kurt Vonnegut describes an isotope of water that freezes at 114 degrees and causes the entire world to freeze) was practiced in Greece recently. Overnight and without warning ATM machines limited withdrawals to $50 per day. Depositers were frozen out of their accounts. The legal framework for an “Ice Nine” event exists in the US.

Rickards also describes a new world currency call Special Drawing Rights (SDR’s) that is being developed to replace the dollar. This currency will only be available to the big players and all other currencies will be based on it. The removal of the gold standard in the US has opened the door for a new form of manipulation of the world’s economies and the rise of alternate currencies. This step has been predicted by the “One World Government” theorists. This form of globalism has been likened more to a rigidly controlled 1984 Orwellian society than a utopian one.

Rickards predicts the next big hiccup will come because the underlying structural causes for the last disasters were never fixed. He suggests putting some money in gold or silver. He also describes the gold trading system and how there are five times as many contracts to purchase physical gold as there exists supply to fill them; and that some gold is phony (plated, not solid). If you buy gold you should buy real bullion (not legal tender coins with their extra collectors value), and have it tested. 1/10 oz US Bullion coins are available for about $140. If a financial freeze occurs, this value could go up by a factor of 10.

This book is recently written, and if you have time to read only one of the three, give this a try. It is very technical, but written well enough for the novice to follow. The other two are great history books that show just how despicable and cavalier the financial industry is and just how much risk they put all our families and futures.

My personal goal is to help build the track to a peaceful evolution of our species in harmony with the Eco-system.

My personal path is to lift the veil and follow the behind–the–scenes manipulation of world events to find the deepest core truths. Most of the players described in these books are front men for “something else”. The effort to create a soft landing and world peace will not have a chance if we don’t find what that “something else” is.

(You can order this bumpersticker from frame4future.com )