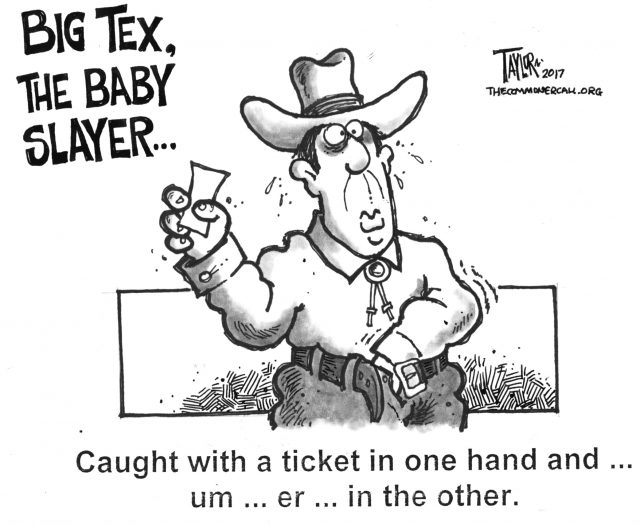 A Texas lawmaker has proposed a bill that would fine a man $100 each time he masturbates.

The bill also imposes a 24-hour waiting period if a guy wants a colonoscopy or a vasectomy, or if he’s in the market for some Viagra.
Rep. Jessica Farrar, a Democrat, knows her bill isn’t going to get very far. But she proposed it last week to make a point and give male lawmakers a taste of their own medicine.
Farrar has long been an advocate of women’s health in a state that has made it extremely difficult for women to get abortions. And the bill, by pointing out a sexist double standard, is meant to shine a light on the obstacles women deal with when it comes to their health care.
“Let’s look at what Texas has done to women,” Farrar told CNN. “What if men had to undergo the same intrusive procedures?”

Even the name is a jab

Farrar’s bill would penalize men for masturbation because such behavior is a failure to preserve the sanctity of life and “an act against an unborn child.”
Even the bill’s name — “A Man’s Right to Know Act” — is a jab at a pamphlet Texas doctors are required to give women seeking abortions.
One section of the pamphlet says breast cancer and abortions are linked. Scientific studies have found no cause-and-effect relationship between the two.
“We have real lives to deal with,” said Farrar, who pointed out that Texas has the highest maternal mortality rate in the developed world.
And she’s right — the rate of women who died from pregnancy-related complications doubled from 2010 to 2014, according to a recent study. …
Read the Rest
*****

The makers of the We-Vibe, a line of vibrators that can be paired with an app for remote-controlled use, have reached a $3.75 million class action settlement with users following allegations that the company was collecting data on when and how the sex toy was used.

Standard Innovations, the Canadian manufacturer of the We-Vibe, does not admit any wrongdoing in the settlement finalized Monday.

The We-Vibe product line includes a number of Bluetooth-enabled vibrators that, when linked to the “We-Connect” app, can be controlled from a smartphone. It allows a user to vary rhythms, patterns and settings — or give a partner, in the room or anywhere in the world, control of the device. (You can see a video promoting the app’s features here; be advised, it is briefly not safe for work.)

Since the app was released in 2014, some observers have raised concerns that Internet-connected sex toys could be vulnerable to hacking. But the lawsuit doesn’t involve any outside meddling — instead, it centers on concerns that the company itself was tracking users’ sex lives.

The lawyers for the anonymous plaintiffs contended that the app, “incredibly,” collected users’ email addresses, allowing the company “to link the usage information to specific customer accounts.”

Customers’ email addresses and usage data were transmitted to the company’s Canadian servers, the lawsuit alleges. When a We-Vibe was remotely linked to a partner, the connection was described as “secure,” but some information was also routed through We-Connect and collected, the lawsuit says.

The unhappy users allege in their lawsuit that they never agreed to the collection of this data. Standard Innovations maintains that users “consented to the conduct alleged” — but instead of taking the case to court, the company agreed to settle. …