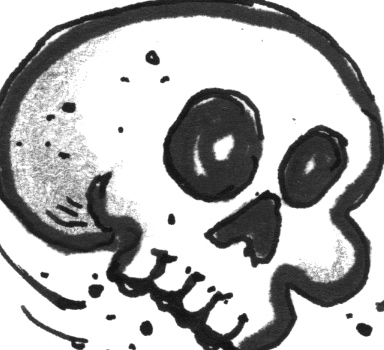 We always know that a civilization is breaking down when it excludes recognition of and social response to its own degenerate trends.

(Editor’s Note: The political, economic and environmental collapse are about more than bad actors, political action groups and elections. There are deeper psychological and spiritual dimensions creating a feedback loop of sleepwalking into destruction and denial. Author Paul Levy provides a deeper assessment of what is really happening to our world, and each of us individually, from the Koch brothers on down. A provocative read. – Mark L. Taylor)

In these uncertain, crazy, polarizing and scary times we live in, one thing I think everyone can agree on is this: if viewed as a single macro-organism, humanity has fallen ill. There has been a sickness—a type of madness—existing deep within the soul of humanity that for many years has been infecting the global body politic that, instead of continuing to hide in the shadows, is now becoming glaringly and undeniably obvious. Current political events are the manifestation of a deeper process that has been brewing in the cauldron of the collective unconscious of humanity for many years, maybe even from the beginning of our appearance on this planet.

With the ascension of Donald Trump onto the highest throne of political power on planet earth, some of us might feel that the sickness is finally going to be called out, illumined and healed, while others feel that Trump and his administration are themselves the current purveyors, lineage holders and embodiments of the sickness. Either way, the fact that humanity is not well—afflicted with some sort of disorder—is something I think we can all agree upon; this might be a good starting point for our inquiry. The obvious question: What is the nature of this deeper sickness that is pulsing through the veins of humanity?

In contemplating this very question, philosopher John McMurtry, author of the brilliant book The Cancer Stage of Capitalism, refers to the “Great Sickness” that pervades our modern day capitalist system as having all of the hallmark qualities of cancer. He is pointing out that the diagnosis of cancer precisely maps onto a macro-analysis of our current body politic, which is to say that what is happening collectively in our world can be recognized to be a form of cancer.

Professor McMurtry is taking a whole systems approach as he analyzes what is happening in our world from a meta-perspective; he is pointing at the deeper fundamental process that connects, informs and gives shape to the events that are happening in our world today. Without taking sides, I will simply be contemplating the nature of this deeper pathology, and will leave it to the reader to recognize how this might help make sense of the ever-amplifying contagious madness that is playing out in our current political and psycho-social landscape.

In diagnosing our global disorder as being cancerous, Professor McMurtry is not speaking metaphorically, but rather, is offering an explanatory model. What other disease exponentially metastasizes so as to increasingly capture the resources of the life-host it is invading so as to foster its own proliferation? It is as if cancer, a disease that typically happens within an individual body has changed channels and is materializing in, as and through the global body politic.

If humanity and the biosphere as a whole and are seen as a single organism, this carcinogenic seeming-entity[1] continually degrades our social and natural life-support systems, depredating the productive life of societies at every level, while it itself is devoid of any productive life-function, other than to create ever-more wealth for the already unthinkably wealthy – a process that McMurtry describes as “incarnate evil.”

The cancer sponsors a never-ending attack on the public sector, which it is continually trying to defund, dismantle and privatize. Public treasuries are hollowed out on all levels, which generate the direct blood flow to the cancer system. The carcinogenic agent pollutes, strips, depletes and despoils the earth ever more deeply and widely at every level, all the while accepting no accountability. It expropriates and re-channels revenues that should be devoted to people’s life-sustenance to feed its own private financial circuits at every turn. The cancer infiltrates and subjugates more and more public resources to privatize them so as to financialize them, i.e., turning them into money. And one thing we can be sure about: most of us—in modern parlance, the 99%—are not the ones seeing this money.

Public money is continually injected to sustain the carcinogenic circuits, funds that are not only taken out of citizens’ lives—now and in the future—but are being myopically extracted from the lives of the yet-to-be-born. As the system collapses, the financial liabilities are transferred to taxpayers to hold as their debts or toxic assets. In an inversion typical of abusive family systems, blame is placed on the victims, who are accused of, for example, “spending beyond their means.” The more the cancer invades the host and metastasizes, the more public money is allocated to its growth to further the ever-deepening downward spiral, feeding what McMurtry calls the “publicly subsidized transnational oligopoly.”

To put it simply: The entire carcinogenic process is financed by and paid for by the public. To the extent that we are unaware of the cancer and think and act as if everything is normal, we are buying into and colluding with its growth. Recognizing our complicity is a crucial step in accessing our power to stop being part of the problem and start becoming part of the solution. …